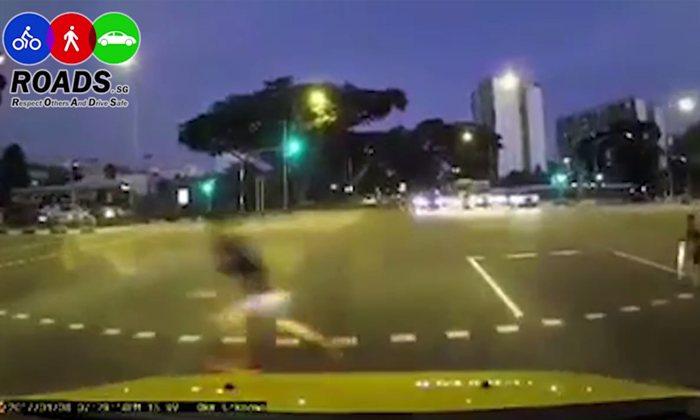 E-scooters and e-bikes on the road have been making the news for the wrong reasons recently. Now, it seems traditional kick-scooters do not want to be left out.

In a video uploaded on Roads.sg yesterday (Jan 12), two children can be seen rushing across a pedestrian crossing on kick-scooters, even after the traffic lights had turned green and vehicles had begun to move.

The video, credited to Jeffrey, shows the driver’s car at a traffic junction.

When the red light turned green, the driver was slowly moving off when a boy suddenly appeared from the driver’s blind spot on the right side of the vehicle.

He was presumably ignoring the red pedestrian light as he sped across the pedestrian crossing on a kick-scooter, forcing the driver to pull to a sudden halt.

On the left, another car could be seen abruptly braking as well. It stopped barely in the nick of time to avoid hitting a second boy, who was also on a kick-scooter.

If not for the quick reflexes of the two drivers in the video, the boys’ recklessness might have resulted in tragic consequences.

On the Roads.sg Facebook page, many netizens slammed the boys for being careless and “asking for trouble”.