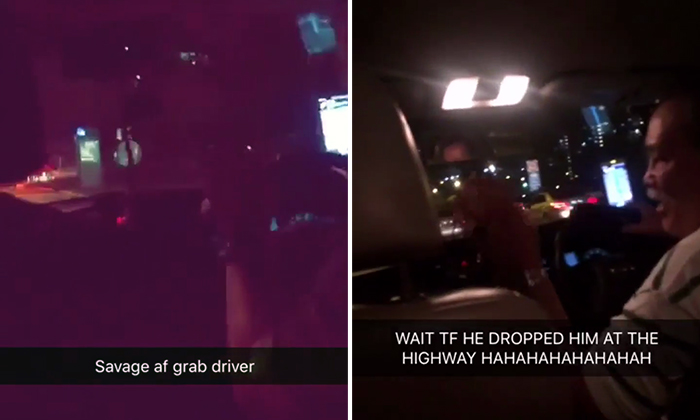 What would you do if the GrabShare ride you were in descended into a chaotic argument, with hilarious results?

Twitter user Muhdefran  took a video of one such incident, and it shows just how ridiculous the situation got.

The clip starts with one of the passengers and the GrabShare driver having a friendly argument about politics.

However, shortly into the clip, the argument takes a surprising turn.

The driver can be heard saying, "you go, you go," at one point of the conversation.

The passenger he is arguing with responds by saying "you can," to which the driver say, "can. You can. Ok go."

According to Muhdefran, the driver then drops the passenger off in the middle of the highway.

Grabdriver and a foreigner exchange remarks, turned out to be an arguement and the driver dropped him at the highway pic.twitter.com/02c64aF7B4

Related Stories
With Uber and Grab, are taxis still necessary?
New law: Uber and Grab can be suspended for up to a month if drivers flout rules
Police investigating incident of man banging on GrabCar and breaking its windscreen wiper at Beach Road
funny
grabshare
singapore