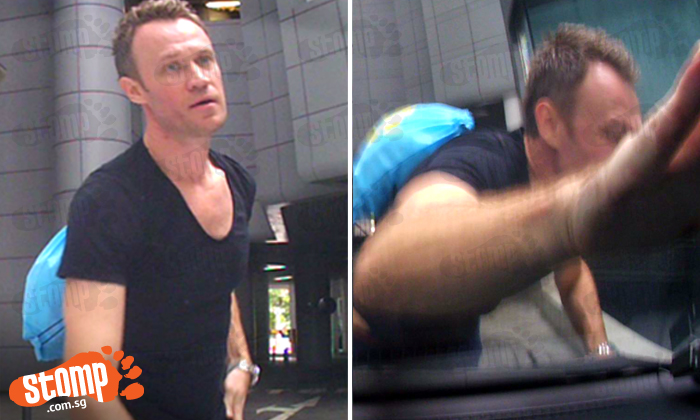 Police have responded to the incident and said that investigations are ongoing.

Stomper Paul was shocked to encounter a GrabCar passenger who tried to assault him and damaged his windscreen wiper because he could not pick up the man's family as the vehicle did not have an infant car seat.

"I arrived at the pickup location and realised that the passenger, with her husband, had a baby (below 1.35m) with her.

"Since I do not have an infant car seat with me, I proceeded to inform her apologetically that she had to cancel the booking and book a normal taxi (exempted by traffic police of child seat) or a Grab Family car which comes with a child seat."

Paul said that the woman became agitated and argued that other GrabCar drivers were all willing to fetch her child without a child seat.

"I informed her that it is a Singapore traffic law requirement, not the driver's preference. As the argument got heated up and harsh words got exchanged, she blamed me for not sending her to her destination," added Paul.

According to Paul, the woman's husband got angry and tried to stop the Stomper from leaving by running in front of his vehicle.

"He then tried to open my door and attack me but failed to do so.

"He then proceeded to attack my vehicle, scratched it and broke the windscreen wiper arm.

"He even threatened me and yelled that he would f**king kill me.

"I called the police immediately when I saw that he had damaged my vehicle.

"Realising that I had called the police, he left in another taxi with his wife and child.

"Is such behaviour acceptable here in Singapore?"