Fire breaks out at HDB flat at Block 20 Jalan Tenteram 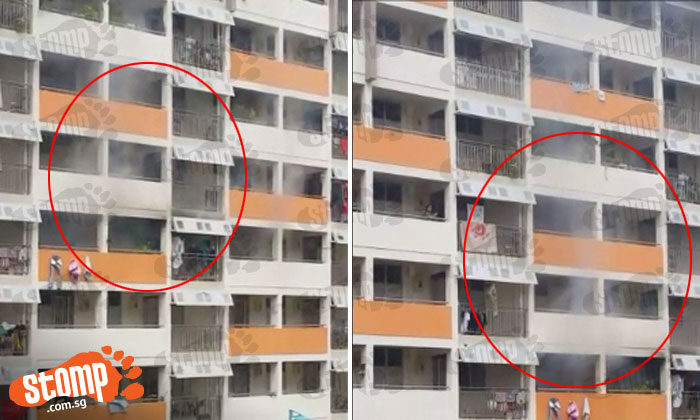 An SCDF spokesperson has confirmed that a fire indeed took place at the scene, causing the smoke.

"SCDF was alerted to an incident at Block20 Jalan Tenteram at about 1330 hours.

"SCDF dispatched two fire bikes, two red rhinos, one fire engine, one support vehicle and one ambulance to the scene.

"About 10 people self evacuated prior to SCDF’s arrival

"Cause of fire is under investigation."

Stomper Rudaini alerted Stomp to a smokey situation that took place at Block 20, Jalan Tenteram in the Balestier area, at around 3pm this afternoon (Nov 30).

"The unit is right opposite my flat and located on the fifth floor.

"It was really chaotic at that point in time, many people were shouting and the neighbours of that unit were evacuating their homes.

"It was definitely dangerous since there are many small kids and old aunties living next to the unit."

As seen in the video, there seems to be a lot of smoke gushing out of the flat and the cause of it is unknown as well.