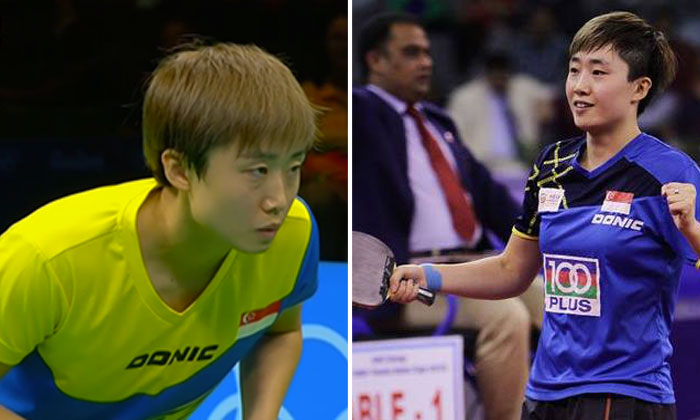 Ding was representing her club Beijing in the competition.

The player posted her results in a Facebook post on Monday morning, with the words "Good job! Keep on fighting!".

It boasts world-class players such as Chinese world and Olympic champions like Ma Lin, Wang Liqin, Zhang Jike, Zhang Yining and Li Xiaoxia, as well as Ding and Feng.

Feng's performance is a boost for the player following her shock axing from the Singapore national set-up in October.

Then Singapore Table Tennis Association (STTA) said then that she did not fit into its rejuvenation plans.

It cited its emphasis on "youth development" in its push for Tokyo 2020 as one of the reasons to refresh the team.

The women's team returned from the Rio Olympics empty-handed, the first time in three Games they failed to deliver silverware.

However, the STTA also said it would continue to support her competing on the professional International Table Tennis Federation (ITTF) World Tour circuit and consider her for international competitions like the Olympics and Asian Games if she meets the selection criteria.