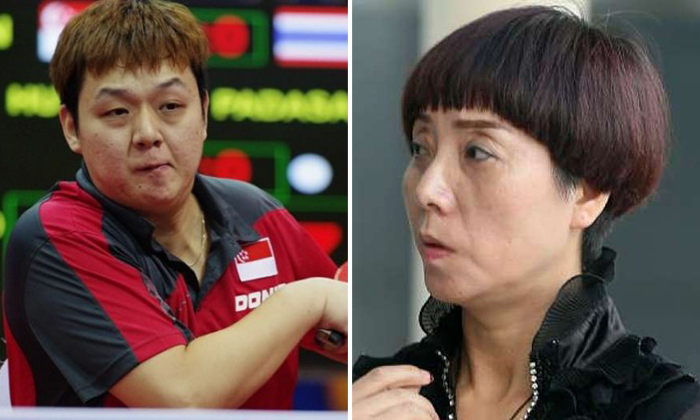 Su Fengxian, whose son is former Singapore table tennis player Li Hu and who is accused of bribery, had her guilty plea rejected on Friday (Nov 25).

Su, 54, was accused of offering 2,000 euros (S$3,024) to Singapore Table Tennis Association (STTA) technical director Loy Soo Han so as to influence an STTA investigation into her son.

At the Criminal Mentions Court, Su said she would plead guilty. But when her case was mentioned again later in the day, she disputed an important fact relating to her charge read by deputy public prosecutor Sanjiv Vaswani.

A Chinese national and Singapore permanent resident, Su told the court through a Mandarin interpreter that she did not offer the envelope containing 2,000 euros to Loy in the hope that he would show leniency.

She claimed she had taken out the envelope and then put it back in her bag.

While Su maintained that she wanted to plead guilty, district judge Adam Nakhoda said she was disputing an important fact of the charge and therefore rejected her guilty plea.

A pre-trial conference date has been set for Dec 1.

Dressed in a black blouse and pants, Su arrived at the State Courts alone. She was later joined by Li's friend Bernard Tan inside the building.

She allegedly tried to bribe Loy when her son Li, 28, was hauled before an STTA disciplinary committee in October for violating house rules.

Li had let a female friend spend a night at the STTA hostel, located at the STTA's headquarters in Toa Payoh.

The 2003 world junior singles champion and 2014 Asian Games bronze medallist was eventually sacked by the association.