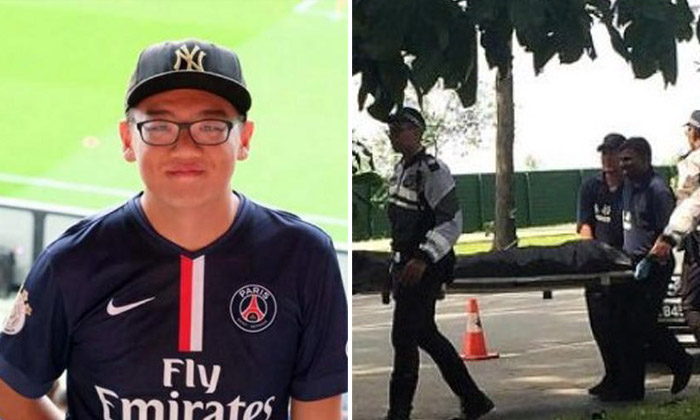 Mr Hiroyuki Matsuo, 54, the father of 21-year-old Yukio Matsuo, a navy personnel who died in an accident after his SUV crasd into a tree along Changi Coast Road on Jul 29, has apologised on his dead son's behalf.

According to The New Paper, Mr Matsuo said his son had only four months left to serve in his national service.

There were plans to send the 21-year-old for further studies overseas. But now, the plans will never work out for Mr Yukio Matsuo.

In an earlier report, Stomper Noor had contributed a video showing the aftermath of the accident, which took place at around 6.35am.

The impact of the crash was so great that the victim was trapped in the vehicle and had to be extricated using hydraulic rescue tools by Singapore Civil Defence Force (SCDF) personnel.

He was pronounced dead at the scene.

The car's five passengers were also injured in the accident. Two of them suffered severe injuries and were unconscious as they were conveyed to Changi General Hospital, said Lianhe Wanbao.

In an interview with Lianhe Wanbao, Mr Matsuo expressed his remorse towards the five injured passengers.

He said: "I hear that the other two unconscious victims are in serious condition. If they die, or have some permanent disability, I will feel very bad. I've done them wrong."

Shin Min Daily News reported that his son used to take public transport, but it was time-consuming and he would come home close to midnight.

In order to cut down on his travelling time, he started driving to camp four months ago, in March.

In the report, his mother said the young man was a careful driver who would not speed.

Mr Matsuo, who has been praying for the five injured passengers to recover, said: "I already lost my son, I don't want other victim's parents to experience the same as me."