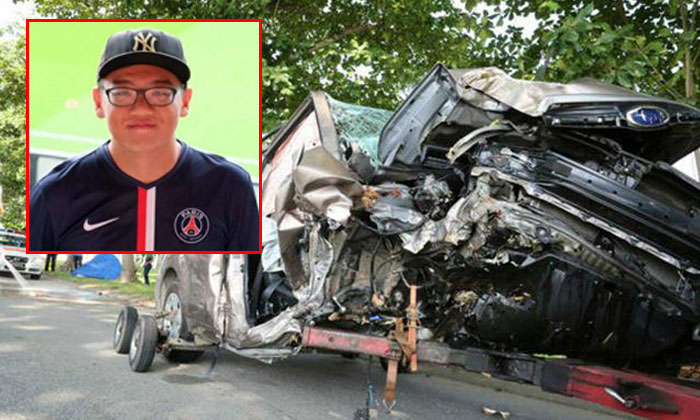 The man who was killed after he lost control of the SUV that he was driving and rammed it into a tree on July 29 has been identified.

According to AsiaOne, Lianhe Wanbao reported that the driver was 21-year-old Yukio Matsuo, a navy personnel.

In an earlier report, Stomper Noor had contributed a video showing the aftermath of the crash, which took place along Changi Coast Road at around 6.35am.

The victim was trapped in the vehicle and had to be extricated using hydraulic rescue tools by Singapore Civil Defence Force (SCDF) personnel.

He was pronounced dead at the scene.

Five others were also injured in the accident. Two of them suffered severe injuries and were unconscious as they were conveyed to Changi General Hospital, said Lianhe Wanbao.

AsiaOne reported that Mr Matsuo, whose father is Japanese and mother a Singaporean, was believed to have been driving his mother's car.

He had previously studied Marine and Offshore Technology and Ngee Ann Polytechnic, and begun working with the Republic of Singapore Navy last April, according to his Facebook page.

Related Stories
Driver in his 20s dies after car rams into tree on Changi Coast Road, 5 others injured
More About:
accident
death