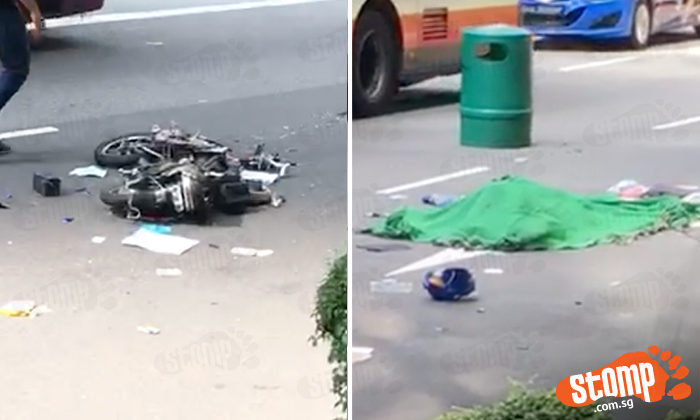 Stomper Marcus and Bob sent in a video that is being circulated on WhatsApp, which shows a fatal accident involving an e-bike and a tipper truck at Cecil St in Raffles Place.

The video shows the scattered wreckage of an e-bike and a body that was covered with a green sheet.

Stomp has reached out to the Police for an official statement:

"On 18 November 2016, the Police were alerted to an accident that involving a tipper truck and an e-bike, along Cecil Street towards Collyer Quay.

"The 62-year-old male rider was pronounced dead by paramedics at scene.

"The 54-year-old male tipper truck driver was arrested for causing death by a negligent act.

The SCDF has also issued an official statement, citing:

"The SCDF were alerted at 10:30am (Nov 18) today and dispatched one ambulance.

"One Chinese male in his sixties was pronounced dead at scene."