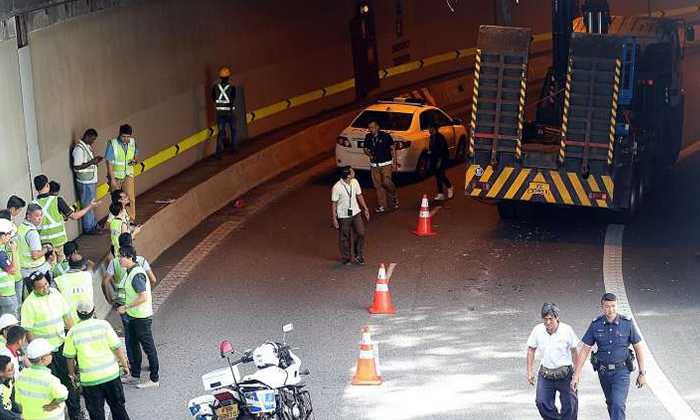 A lorry crane crashed into the roof a Central Expressway (CTE) tunnel yesterday (Dec 5) at about 1pm, causing the light fixtures to be damaged and the tunnel had to be closed off until approximately 6pm.

The accident occurred in Upper Cross Street and the tunnel was closed at around 1:30pm.

The damaged vehicle was towed out at about 4:40pm reports The Straits Times.

The Land Transport Authority (LTA) said that investigations showed that the crane may not have been adequately stowed.

The lorry driver, a 63-year-old man was arrested, and traffic flow resumed at about 4pm.

The incident also caused a jam along Havelock Road.

A spokesman from LTA said in an official statement:

“LTA had removed the damaged tunnel light fixtures and assessed the tunnel was safe for the public's use before it was reopened.”

The tunnel will also be undergoing maintenance work between midnight and 5am today (Dec 6).