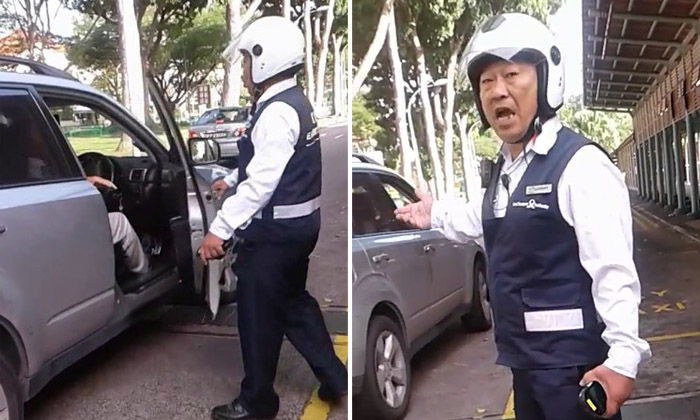 It is unclear when and where this took place.

In the clip, the driver can be heard saying, "Okay, okay, okay" repeatedly, while the officer says something unintelligible.

He then opens the driver's door.

"You work for the government, don't behave this way, okay?" the woman filming the video says.

To which the LTA officer replies, 'He want to hammer me, ask him come lor!'

The man drives away while the two talks.