73-year-old woman who choked to death on ondeh ondeh: Niece wants to know why nursing home gave her sticky food 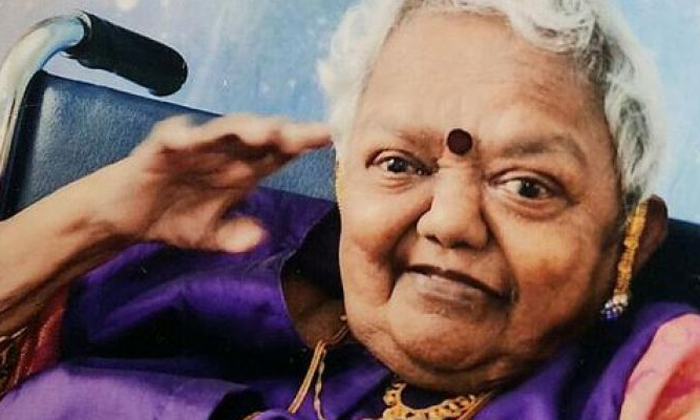 She had difficulty walking and was only about 1.3m tall.

But Miss Letchimi Anisamy, 73, still managed to take care of her older brother's six children when they were young.

Yesterday, one of them, Madam Nalina Ramasamy, 41, told The New Paper that she was closer to her aunt than to her mother.

The kindergarten assistant teacher said: "My aunt cooked for us and showered us with tender love and care. She was like a mother to me."

Sadly, Miss Letchimi, a spinster, died after choking on an ondeh-ondeh - a traditional kueh made of glutinous rice and palm sugar - at the Ren Ci Nursing Home in Bukit Batok Street 52 on March 18.

State Coroner Marvin Bay said yesterday that her death was a tragic misadventure.

Wiping away her tears, Madam Nalina, who has two sons and a daughter, said her aunt used to live with them in their Bukit Batok flat.

But Miss Letchimi became wheelchair-bound after a fall at home in July 2014.

A doctor said that she needed round-the-clock care, which Madam Nalina said she could not provide.

She works from 8am to 5pm every day, and her driver-husband, 45, leaves for work at 6am and gets home around 9pm.

"Given a choice, I wouldn't have sent her to a nursing home. But there was no one at home to take care of her," Madam Nalina said.

In February last year, Miss Letchimi started living at the nursing home, about a 10-minute walk from her niece's flat.

Madam Nalina visited her aunt every day, but tragedy struck on March 18 when Miss Letchimi was given an ondeh-ondeh to eat.

Madam Nalina said she was at home overseeing some renovation works when she received a call around 11.25am.

"The nurse told me my aunt had choked. She was unconscious and had to be taken to Ng Teng Fong General Hospital. I panicked and immediately told my oldest boy to run to the nursing home.

"After telling my husband to come home to oversee the renovation, I went straight to the hospital."

Miss Letchimi was pronounced dead around 4.20pm that day.

For one thing, she wanted to know why her aunt, who had weak teeth, was served sticky food like ondeh-ondeh.

She added: "I think of her every day. All of us miss her very much."

Coroner: Cut food up, give water, get elderly to sit up

The death of Miss Letchimi Anisamy, 73, has reinforced the need for caregivers to be especially vigilant when serving glutinous or lump-sized food items to the elderly.

State Coroner Marvin Bay yesterday said that "sensible precautions to consider" would include cutting the traditional kueh into smaller pieces.

Miss Letchimi died after choking on an ondeh-ondeh that was given to her at a nursing home on March 18.

Coroner Bay, who ruled her death as a tragic misadventure, said:

"It would also be prudent to provide water at hand, to lubricate the passage of the food item to the digestive tract, especially for individuals with impaired salivation ability."

He noted that Miss Letchimi was sitting in a reclined position when she was served the ondeh-ondeh.

He said: "Not sitting upright may exacerbate the risk of the passage of a glutinous or lump-sized food item taking a wrong turn and becoming stuck in the airway, rather than proceeding down the digestive tract, and obstructing a person's ability to breathe."

Miss Letchimi was with 13 other residents in the dining area of the Ren Ci Nursing Home in Bukit Batok Street 52 when occupational therapy-aide Baskaran Saraswathi, 41, gave her an ondeh-ondeh to eat.

About a minute later, she was in discomfort and waved to a nurse for help.

The nurse gave her water, and staff nurse Nithiak Kalyani Daruman, 30, tapped on her back.

Coroner Bay said: "Nurse Nithiak and other nurses also performed abdominal thrusts on Letchimi, while another nurse called for an ambulance. The Heimlich manoeuvre was not performed as Letchimi was unable to stand firmly.

"After about two minutes of abdominal thrusts and back tapping, the nurses at the scene used a suction device to attempt to suck out the substance that Letchimi was choking on. Letchimi was also given oxygen through another device."

An ambulance later took her to Ng Teng Fong General Hospital, but she died around 4.20pm.

According to Ms Daruman, a dietician had earlier examined Miss Letchimi and found her able to enjoy a full diet without any restrictions.

She was also determined to be able to use her natural teeth and did not use dentures, said Coroner Bay.

He added: "There is nothing to suggest any deliberate act by staff of Ren Ci Nursing Home to cause the choking event. The response, once Letchimi was found to be choking, was generally rapid, urgent and timely.

"Based on the evidence uncovered, there is no basis to suspect foul play."

Following the coroner's findings yesterday, Ren Ci Hospital said it will fine-tune its processes to prevent a similar choking incident in future.

Responding to queries from The New Paper, its spokesman said: "As part of our effort to enhance the daily life of our nursing home residents through activities of their interest, the making and serving of ondeh-ondeh has been a regular activity carried out previously without incident.

"Only patients on a full diet are served and our care staff are in close proximity to oversee them eating."

Ren Ci also said its investigations showed there were no lapses by its care staff, and Miss Letchimi Anisamy's death had affected the team.

"Since the incident, we have extended internal support and counselling to our staff," the spokesman added.

"We offer our deepest condolences to (Miss Letchimi's) family at this difficult time. We are in touch with (her) family and have been offering them support in various ways since the incident."