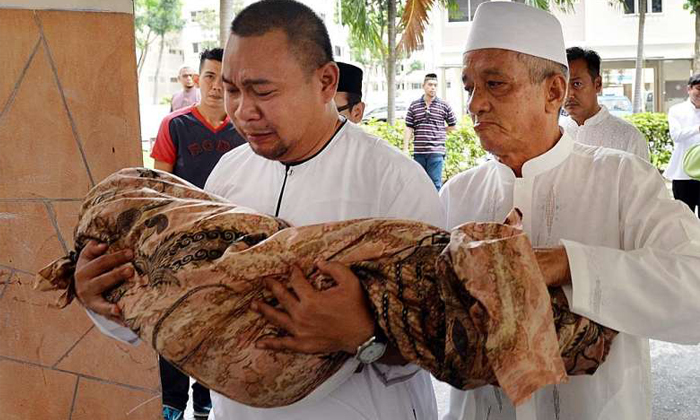 A three-year-old girl fell from the balcony window of a fourth-floor flat in Serangoon North Avenue 4 earlier this year when she was left alone and unsupervised at home.

At an inquiry into her death, the court heard yesterday that her grandmother would usually take her along to pick up her older siblings from school. But on Jan 20, Madam Manisah Subakin, 66, did not want to wake Nur up as she was sleeping.

She left the flat at about 12.20pm after locking the main gate and closing the door, but returned about 15 minutes later to see Nur at the bottom of the block.

Inside the flat, a pillow which she had placed on the balcony ledge to catch the sun was on the balcony floor. Under the window was a white stool that was usually in the dining area.

All the windows, except that of the balcony, had grilles on them.

Madam Manisah had told police that Nur had a habit of standing on her grandmother's bed to look out of the window. Even though it had a grille, she had told the child before not to open the window.

Nur was taken to Tan Tock Seng Hospital with a severe traumatic brain injury and skull fracture. She had an emergency operation but her prognosis was very poor because of the pressure on the brain caused by the injury. She was transferred to intensive care at the KK Women's and Children's Hospital the same day. She died on Feb 13.

In his findings, State Coroner Marvin Bay said Nur, the youngest of five children, had apparently wanted to leave the apartment to look for her grandmother.

"Finding herself locked in, she may have ventured to the ungrilled balcony window, which had been partially opened to facilitate the sunning of the pillow," he said.

It was most likely that Nur had moved the stool to the balcony window and got on the ledge, before inadvertently falling out of the window, he said.

"Her demise is therefore a truly tragic misadventure," he said.

Drawing sad parallels with another fatal fall of a four-year-old boy who was also left home alone, Coroner Bay said children are by nature inquisitive and keen to explore their environment. "These young children may not have developed a sound appreciation of risks, and their propensity to do the unexpected and hazardous can never be reliably anticipated. The dangers of leaving young children home alone cannot be overstated," he said.

Nur's father attended the inquest in the morning but was absent when the findings were delivered in the afternoon.