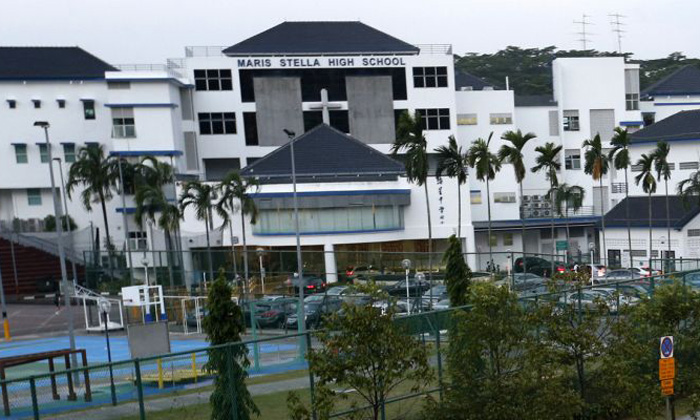 A young Primary 5 student from Maris Stella Primary School died on his way to school on Tuesday (Aug 30), after the bus driver was unable to wake him up.

The school bus driver had thought the 11-year-old had fallen asleep in his seat, but when he tried to wake him up upon reaching school, the boy did not respond.

A Singapore Civil Defence Force (SCDF) spokesperson told Stomp that they received a call requesting for assistance at the school at 25 Mount Vernon Road at 6.55am.

The ambulance took the Chinese boy to KK Women's and Children's Hospital (KKH).

He was later pronounced dead at 8.46am.

A Stomper shared a message that was circulating among parents:

"I saw the ambulance but didn't know it was a life and death situation then."

The message asked for all to pray for the victim and his family, as well as to watch out for thier own boys who may be affected by their schoolmate's passing:

"Ladies/mommies, please help to pray for this school mate of my son who has gone back to our Lord this morning otw to school.

"P5 boy collapsed on the bus on the way to school. His heart stopped beating on the bus and paramedics were doing CPR in the ambulance.

"He has gone home to the Lord. We keep his parents in our prayers and may he rest in peace.

"Mummies, our boys may be psychologically affected. Pls be prepared." (sic)

According to The New Paper, the boy was living with his grandparents and a maid here and that his parents were overseas when he died.

One parent, who declined to be named, said the boy had a fever on Monday and was sent home early.

He said: "The school principal spoke to his class and told them about the news. We heard he was an only child and his parents are currently out of the country."