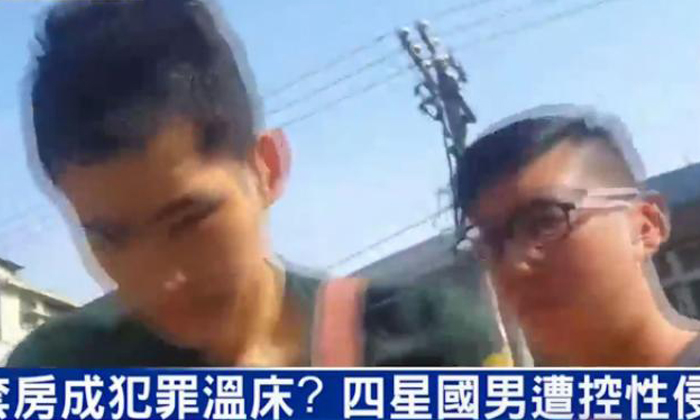 The quartet - who are in their early 20s and were identified by their surnames of Ong, Tan, Lau and Lim - were on holiday in Taiwan's capital and had arrived last week.

They had met the women on social media and spent Sunday night at a club.

According to media reports, the men subsequently invited the women to their rented apartment in the Datong district, where they spent the rest of the night drinking and chatting.

One of the men then allegedly brought one woman into a room and raped her, while the other three men took turns to sexually assault the second woman.

Taiwanese news outlet ETtoday reported that the two women left the apartment at around 4am on Monday (Dec 12).

One of the women then made a police report later that morning.

All four men were arrested by Taiwanese police in the shopping district of Ximenting on Tuesday afternoon. They had their luggage with them and were reportedly due to leave for Singapore that same day.

Lin has since been granted bail of NT$15,000 (S$674), while the other three men are still in custody pending investigations.

All four have reportedly claimed that sex with the two women was consensual.