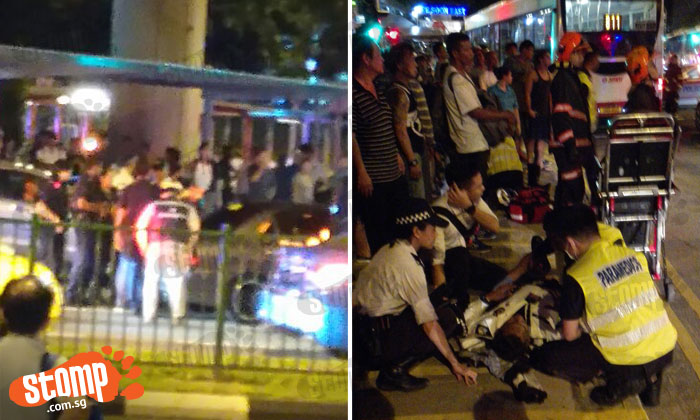 Stompers Jeremia and Stephen witnessed an accident that took place beside Yishun MRT station yesterday (Aug 16) at around 11.15pm.

It is unclear what exactly happened, but the Stompers heard from passersby that the accident occurred after the driver of a car hit a van while trying to escape from the Police.

In a telephone interview, Jeremia also reported that policemen were searching the car's boot for something.

According to Stomper Stephen, two traffic policemen were injured and were being treated by the side of the road.

The road was blocked following the incident.

"SCDF was alerted to the incident at 11pm.

"We dispatched one fire engine, one Red Rhino and two ambulances to the scene.

"All three of them are in stable condition.