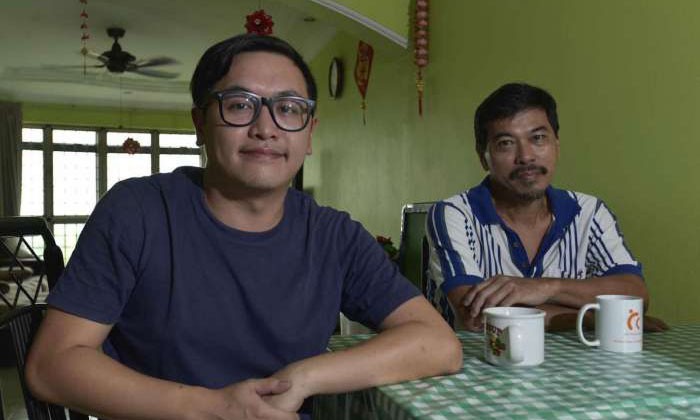 A wet market at Block 493 Jurong West Street 41 which caught fire on Oct 11 might be replaced by a temporary market by Chinese New Year next year.

According to The Straits Times, nearly half of the amount needed to pay for a 30-stall temporary market at a new basketball court in front of Block 498 has been raised by temples, clan associations and other organisations which costs $600,000.

The fire which Stompers alerted Stomp to on Oct 10 has caused 51 stallholders to lose their livelihood.

A 41-year-old man, Lim Ying Siang, was charged in court on Oct 15 for allegedly starting the fire by setting styrofoam boxes alight at the market around 3am.

16 companies took part in the fair, offering 800 jobs, which focused mainly on the food and beverage sector.

At the fair, Jurong GRC MP Ang Wei Neng said: "Stallholders have to wait for the new market to be ready, so they need a full-time job for maybe the next one year or two.

"Those who are waiting for the temporary market to be ready, as well as the Block 494 coffeeshop which will take a while before it can be renovated, can also look for part-time or temporary jobs."

He added that the $800 a month rent to be collected from stallholders at the temporary market will go to a welfare fund to help needy and elderly residents.

Mr Tom Zeng, 47, who lost his you tiao stall at the Block 494 coffeeshop, was at the job fair with his wife looking for an interim job while waiting for renovation works to be done.

"I hope to find a kitchen job because I like to cook. I've been relying on savings, but I'm worried because I don't know when that will run dry."

Demolition of Block 493 started on Oct 19 and will take about three weeks to complete while the new market will take more than a year to be built.