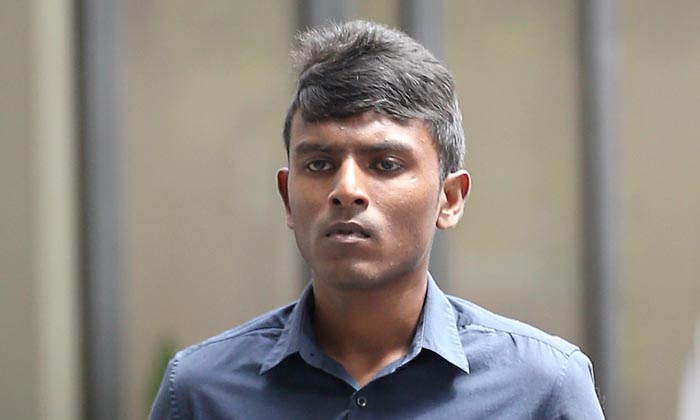 A Singapore permanent resident defaulted on his national service obligations to pursue his education overseas and unlawfully remained outside the country for more than five years.

Indian national Thirumal Pavithran, 25, was sentenced on Thursday (June 20) to 10 weeks' jail after pleading guilty to four counts of remaining outside Singapore without a valid exit permit.

The court heard that Thirumal, who was born in India, became a Singapore PR on June 16, 1997.

He received primary and secondary education in Singapore from 2001 to 2009, said Deputy Public Prosecutor Kenneth Kee.

But on May 19, 2009, he left for India to continue with his secondary education there.

Thirumal became subject to the Enlistment Act when he turned 16½ years old on Nov 1 the following year.

A registration notice was then sent to his Singapore address on July 22, 2011, asking him to register for NS from Aug 10 to 31 that year. However, he failed to register for it.

A further reporting order was sent to the address on Sept 5, 2011, telling him to report to the Central Manpower Base (CMPB) for a medical screening.

He failed to comply with both orders even though he returned to Singapore 23 days later and stayed for about a week before returning to India.

He came back to Singapore on Oct 16, 2012, before the police arrested him a week later.

Thirumal finally reported to the CMPB on Oct 24 that year and was assessed to be fit for enlistment for full-time NS.

But he later contacted CMPB, saying that he wanted to apply for a deferment so that he could attend university in India.

Thirumal was then scheduled for enlistment in the June 2013 intake.

Despite this, he ignored the order and returned to Singapore on June 8, 2016, after completing his university education in India.

He reported to the CMPB three days later and was subsequently enlisted into full-time NS which he completed on May 12 this year.

In an earlier statement, the Ministry of Defence said it takes a firm stance against those who commit offences under the Enlistment Act.

"All male Singapore citizens and permanent residents have a duty to serve NS," it had said.

"If we allow Singapore citizens or PRs who are overseas to evade NS or to choose when they want to serve NS, we are not being fair to the vast majority of our national servicemen who serve their country dutifully, and the institution of NS will be undermined."

Those convicted of remaining outside Singapore without a valid exit permit can be jailed for up to three years and fined up to $10,000 for each charge.

Related Stories
Singapore PR charged after allegedly defaulting on NS obligations for more than five years
NS defaulter who left Singapore as he was afraid of getting injured during training jailed 7 weeks
Police NSman who allegedly submitted false pay claims to be charged with attempted cheating
More About:
Army
court
national service