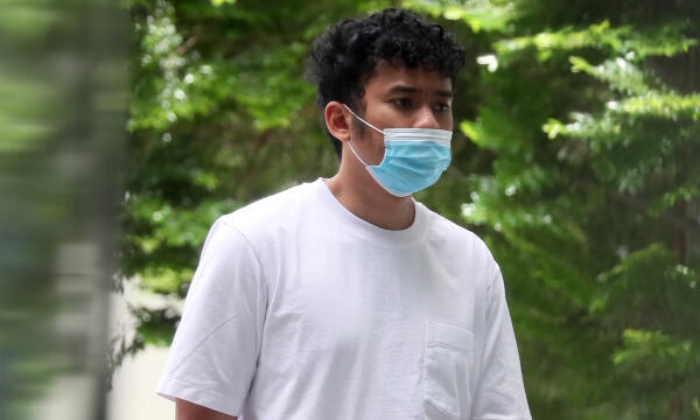 A Singapore Polytechnic student was sentenced to four weeks’ jail after he admitted to using his mobile phone to peep at a woman while she was using a toilet on campus.

On Feb 23, upon seeing a woman enter a female toilet, Muhammad Danial Nordin decided to follow her. The victim cannot be named due to a gag order.

Positioning his mobile phone under the toilet cubicle door with its camera pointing at her, Danial was able to see the victim’s pants, which she had pulled down to her ankles, through the screen of his device.

He wanted to get a better view of the victim, but decided to leave the toilet out of fear after three seconds.

The victim heard someone leaving the toilet and also saw the tip of Danial’s mobile phone under her cubicle door before he left.

After the incident, she sought help from the security staff and called the police. Danial was identified through closed-circuit television footage and was arrested.

Investigations revealed that no videos or photographs of the 25-year-old victim were found on his mobile phone or laptop.

On Thursday, Danial, 26, pleaded guilty to one count of voyeurism. Another count of criminal trespass was taken into consideration.

Danial, who was unrepresented, asked the judge if he could be fined instead of jailed.

District Judge Paul Chan said that he would have to impose a sentence to deter other would-be offenders from committing voyeurism.

He said: “In terms of culpability, I am mindful that… there is no evidence of premeditation or significant planning. The accused developed an urge to peep at the victim only after she had entered the toilet.

“On the other hand, the fact that the incident took place in a public place is an aggravating factor. I am mindful the accused’s conduct has caused the victim to suffer anxiety.”

In response to queries from The Straits Times, Singapore Polytechnic said Danial was placed on a one-year suspension immediately after the incident in February.

The spokesman said it has provided counselling support to both the victim and student, and will continue to monitor their mental well-being.

He also said the school will not hesitate to mete out disciplinary action against any student found guilty of such behaviour.

On Tuesday, a former National University of Singapore student pleaded guilty to filming sex acts with two women without their consent.

Those found guilty of voyeurism can be jailed for up to two years, fined or caned.