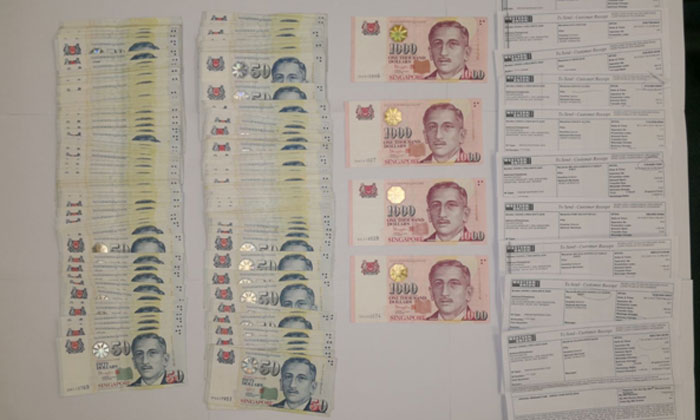 Singapore and Malaysian police have busted a cross-border love scam syndicate believed to be responsible for conning at least 10 victims of over $240,000.

Two women and a man were arrested by CCID officers for their suspected involvement in several Internet scam cases in both countries.

The syndicate had allegedly relied on people in Singapore for the receipt and transfer of their criminal proceeds.

Following the arrests in Malaysia, CAD officers in Singapore further investigated six women and two men in January for allegedly using their bank accounts to receive funds from the syndicate's victims.

"The foreign criminal syndicates involved in Internet Love Scam are targeting victims on both sides of the Causeway. The SPF will continue to collaborate closely with our counterparts from the RMP to eradicate these syndicates who attempt to use territorial boundaries and the anonymity of the Internet to fleece Malaysian and Singaporean victims. In addition to our enforcement efforts abroad, the SPF will make every effort to detect and interdict their network of local money launderers who abuse our financial system to help the syndicates retain and repatriate their ill-gotten gains."

The maximum punishment for acquiring or transferring criminal benefits under the Corruption, Drug Trafficking and Other Serious Offences (Confiscation of Benefits) Act is up to 10 years' jail, a fine of up to $500,000, or both.

In its statement, the police advised members of the public to be careful when befriending strangers online. They should also be wary if asked to send money to those whom they do not know, the statement advised.