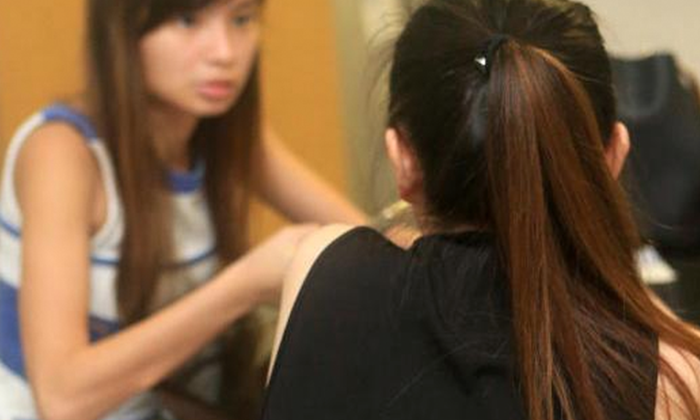 A single mother claimed that an insurance agent charmed her into having sex and lending him money after proposing to her at their first date.

The single mother, Ms Liu, told Shin Min Daily News that she had met the man through an app, and the two decided to meet up in person after one month of chatting.

“On our first date, he took out a ring and proposed to me, saying that I was 'the one'.

“I was flattered and shocked.”

Ms Liu said that the man later explained that he had originally intended to propose to his ex-girlfriend with said ring, but the two broke up unexpectedly.

He has since kept the ring by his side.

“He told me that he would design a new ring for me to show me his sincerity, so I did not take the ring.”

However, Ms Liu added, it was just the beginning of a nightmare.

When the two met up in July for the third time, the man told Ms Liu that he had lost all his clients' money in a bad investment, and had to borrow $1,700 from her.

“He promised to return the money in four days and refused to write an IOU.

“When it was time for him to pay up, he repeatedly delayed and came up with all sorts of excuses.

“Then he became uncontactable.”

According to Ms Liu, it has been four months since, and she has not gotten back a single cent.

In response to media queries, a police spokesman confirmed the incident.

When reporters contacted the man, he denied the allegations and said that Ms Liu had attempted to seduce him instead.

The man, who wished to remain anonymous, insisted that he had not borrowed any money from Ms Liu.

Instead, he claimed that he had lent her more than $2,000, which she used to purchase various furniture and items.

“I am financially stable, and I just bought a car, which I paid for in entirety.

“It was her who was trying to seduce me from the start.

“She has cheated a lot of men before me too, and I definitely wasn't  interested in her.”

He also denied proposing to Ms Liu or seducing her.

In response to Ms Liu calling the police, the man said that he has taken legal actions, but did not show any evidence of having made a police report.