Shoppers drenched after fire sprinklers activated at One Raffles Place 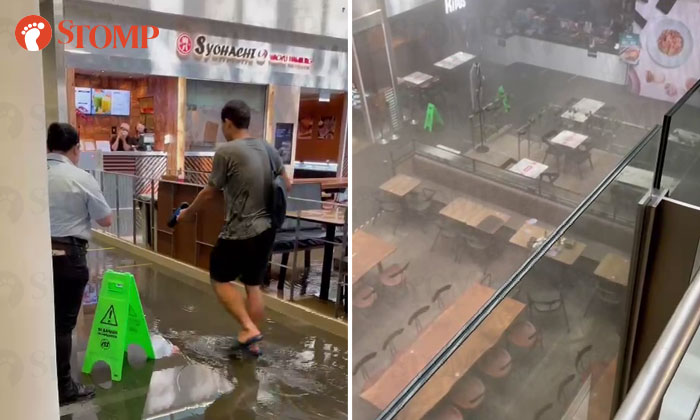 One Raffles Place has apologised to its tenants and shoppers after sprinklers were activated on Monday morning (Mar 15).

A Stomper alerted Stomp to the incident and shared videos and photos he took at the mall.

In the video, one of the floors in the mall is flooded with water.

"I don't know why the sprinklers were activated," he said.

"There was no fire.

"People who were eating were all wet, lucky it was not lunchtime yet."

"The management views safety as our top priority and following the incident, all affected areas were cordoned off for clean-up works.

"In addition, we have rendered assistance to all affected parties.

"All retail outlets affected by this incident have since resumed operation.

"One Raffles Place sincerely apologises for any inconvenience caused to our tenants and shoppers."