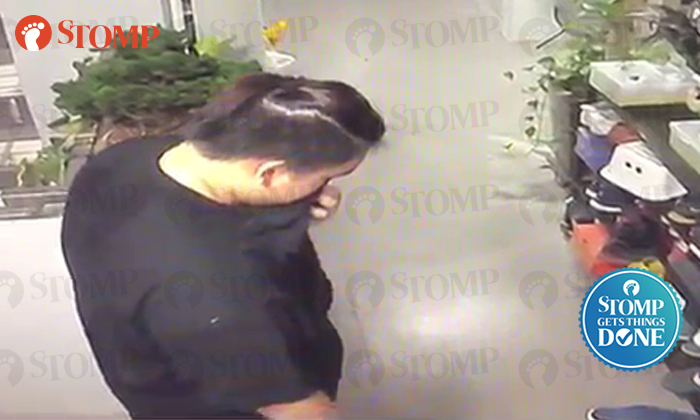 A man who was caught on camera taking footwear from Stomper Desmond's shoerack has returned the items following a Stomp report.

Desmond and his friend Dennis had earlier alerted Stomp to the incident, which occurred at Telok Blangah Crescent on Dec 7, at around 1am.

In a phone interview, Desmond told Stomp that the man took away his slippers and a pair of Adidas shoes worth $350.

CCTV footage shows how the man used the shirt that he was wearing to obscure half his face when committing the act.

On Dec 11, Desmond informed Stomp that the man's brother has since come forward to return both pairs of shoes.

The man himself was apparently too ashamed by his actions to do it personally.

Desmond said: "They have apologised and returned the shoes. I think he has learnt his lesson and should be given a chance to be forgiven."

The Stomper added that his original intention of sharing the video was just to deter the man from returning and he does not wish to involve the authorities.