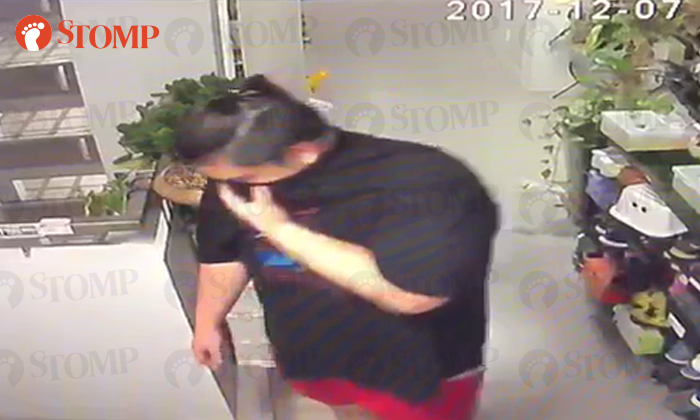 A man was caught on camera taking two pairs of footwear -- slippers and Adidas sneakers worth $350 -- from Stomper Desmond's shoe rack.

Stomp was alerted to the incident by Stomper Dennis, a friend of Desmond's.

Desmond, a resident at Telok Blangah Crescent, said the incident took place on Dec 7 at around 1am.

CCTV footage shows how the man appeared to be looking at his surroundings while standing along the corridor.

He then entered the camera's frame and can be seen using his shirt to cover half his face, presumably so that he would not be identified.

He went on to look around the resident's corridor area, bent down to rummage in the shoe rack, before leaving with his choice of footwear -- all the while wearing his 'game face'.

Check out the man's antics by watching the video below.