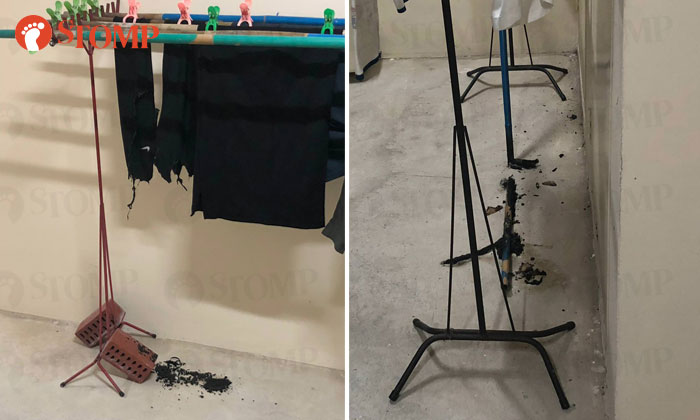 Residents at an Sembawang Housing Development Board (HDB) block were alarmed when they found their laundry items had been burnt in two separate incidents.

Stomper Urikoto, a resident of the block at Admiralty Link, alerted Stomp to the incidents that happened on Sep 15 and Sep 28.

He requested not to disclose the exact address for privacy purposes.

"The first incident happened on Sep 15 at about 8pm outside my home," the Stomper said.

He had found a pair of pants burnt outside his unit.

In the second and most recent incident on Sep 28, another resident who lives on a higher floor found his shirt and laundry pole burnt.

Urikoto took photos of the latest incident at about 9pm that night. 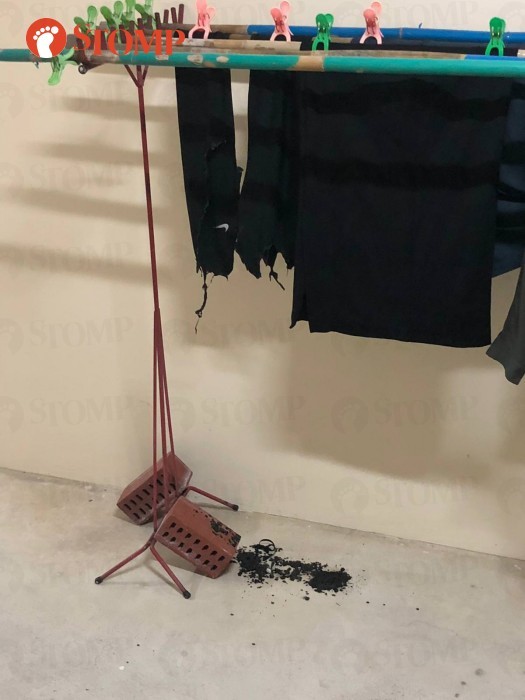 "A friend who lives in the same block alerted me that police and Singapore Civil Defence Force (SCDF) officers had arrived at our address," he said.

"He initially thought it happened to me again but I told him I was not the one who called the emergency services this time. 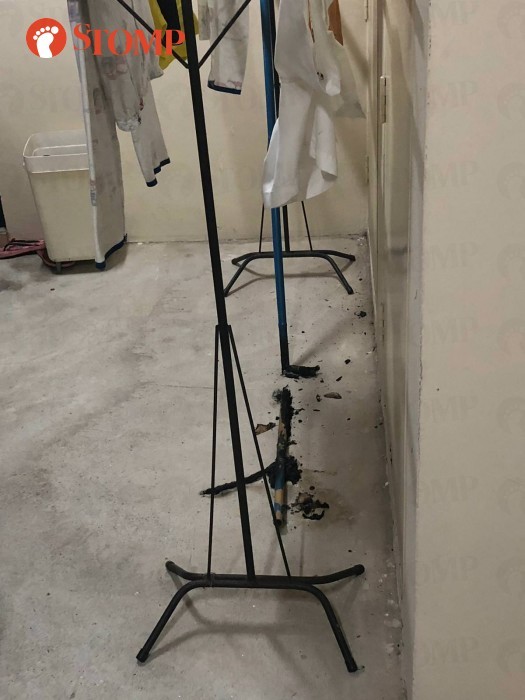 "I went up to the floor where the incident happened and greeted the homeowner and police.

"I told them it had happened to me as well a few weeks ago and we began talking about who might be the culprit."

However, they still do not know who could have done this.

Urikoto told Stomp that most residents at the block dry their laundry outside their homes because "the drying area in the kitchen is blocked by a building and has no sunlight".

The Stomper, who is a former SCDF personnel, said that the recent incidents are concerning.

"These incidents should not be taken lightly because fire is very dangerous," he said.

"I'm scared if the fire were to spread, it could burn our home."

Stomp understands there were no injuries.