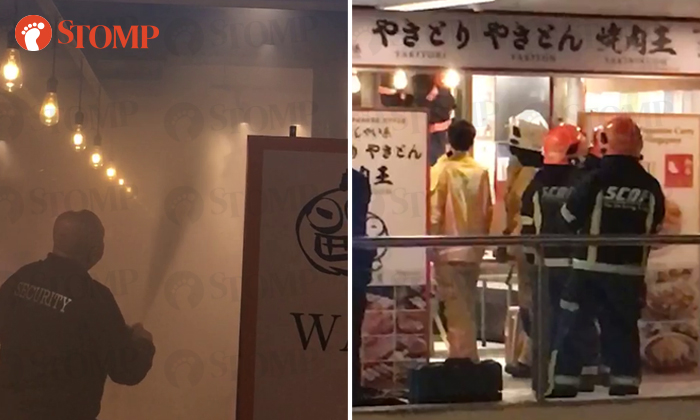 A fire broke out in a restaurant on the first floor of Cuppage Plaza on Monday night (Aug 6), at around 11pm.

Stomper Kohji, a local composer, contributed photos and videos of the incident to Stomp.

He said: "The alarm sounded and there was a lot of smoke.

Several clips filmed by Kohji show how security officers directed members of the public away from the restaurant.

The Singapore Civil Defence Force (SCDF) told Stomp that it responded to the fire at about 11pm.

The fire, which involved a ventilation duct in the restaurant, was put out by members of the public using a fire extinguisher prior to the SCDF's arrival.