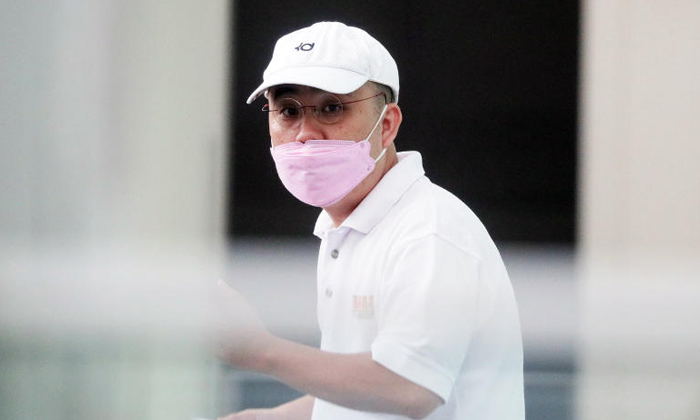 A security officer who was working in a dormitory had fever, cough, body ache and a sore throat in November last year, and was given a medical certificate (MC) for sick leave after visiting a doctor.

He was told to take a Covid-19 swab test and to stay at home until he was told the result was negative.

However, Alvin Leong Jit Loong did not comply, and over the next two days attended a course to become a security supervisor.

The Singaporean - who was later found to be Covid-19-negative when he committed the offences - pleaded guilty to two charges under the Infectious Diseases (Covid-19 Stay Orders) Regulations 2020.

In court on Monday, Deputy Public Prosecutor Timothy Ong said that Leong had been a security officer at Securitas Guarding Services and was working at Sunview Way Dormitory in Pioneer North at the time.

On Nov 8 last year, he was diagnosed with upper respiratory tract infection and fever, and was given sick leave of five days by a doctor.

DPP Ong said: "The MC stated that he was required by law to stay at home for the duration of the MC or until his negative swab test result was out."

Leong went to another clinic to do a swab test and was again told to stay at home until he received a negative result.

However, the next day, Leong left his home in Simei before 9am to attend a guard and patrol course at the Devan Nair Institute for Employment and Employability in Jurong East. He had taken public transport.

He returned home after the course ended at 6pm, again via public transport.

He repeated this the next day, with the course ending at 1pm.

DPP Ong asked for four weeks' jail for Leong, adding that as the pandemic continues, it is essential that deterrent sentences are meted out for such contraventions to "signal to the public that persons who are irresponsible and do not take public health measures seriously will face serious consequences."

Leong, who was unrepresented, said that he had attended the course to survive and put food on the table.

He also said that he had been regularly swabbed at that time.

"I had no intention to harm anybody," he added.

Although he was later found to be Covid-19-negative, District Judge Lorraine Ho said he could have exposed many people to the virus as he had taken public transport and attended a course where there were others in an enclosed space.

She added: "You are front-line worker... You can appreciate why this is is a serious matter".

For each offence, Leong could have been jailed for up to six months and fined up to $10,000.