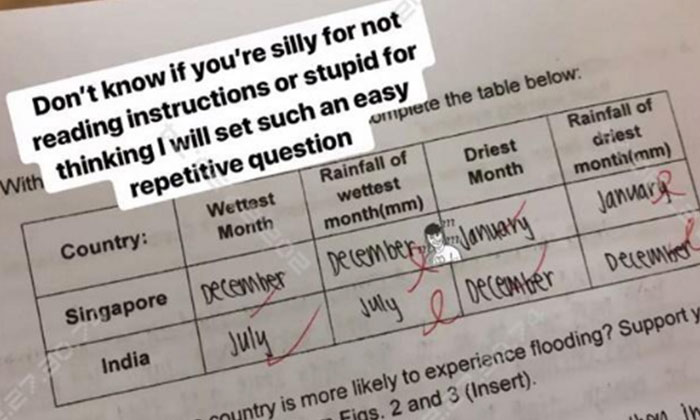 When a student answered some questions wrong in a geography assignment, his teacher not only took a photo of the script and uploaded it on Instagram but also added comments ridiculing him.

According to the photo, the student wrote the same answers for two sets of questions.

In response, the male teacher made a mockery of the student:

“Don’t know if you’re silly for not reading instructions or stupid for thinking I will set such an easy, repetitive question.” 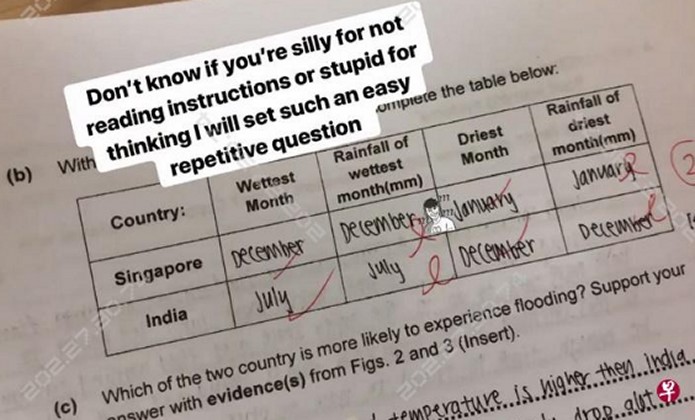 Before its deactivation, netizens also uncovered other posts, including one criticising a student for being “Childish AF” after the teacher discovered that he had written “Do not open” on the cover page of his assignment. 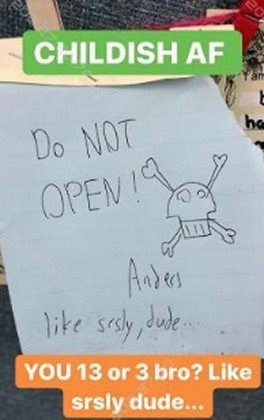 Another post featured a student’s answer when asked what were two things they hoped that their teacher would not do to them during a lesson.

The student in question wrote, “Don’t pay too much attention to me”, and “If I do something wrong, please do not scold me in front of everyone.”

This was in turn, shared by the teacher, who once again ridiculed the student in question.

Many netizens felt that even if the students could have been comparably weaker in terms of academics, the teacher should have helped them instead of humiliating them.

Others felt that the teacher was also partly to blame for his students' performance.

Shin Min Daily News spoke to a teacher regarding the incident.

Madam Chen, 35, said that her school would always remind teachers not to share any information about students on social media.

Even if it was positive news, this should be done through the school's official website.

“Teachers should encourage their students and help them correct their mistakes, not humiliate them online.

“This not only makes the students feel bad but also their parents as well.”

A spokesman for Fei Yue Family Service Centre, a not-for-profit voluntary welfare organisation that provides social services, said that teachers not only teach academic subjects but also play a part in guiding the students as they hold a role of authority.

As such, they should encourage and help the students, and not shame them, which could have a negative psychological impact on the students.

The spokesman added that parents when faced with situations like these, should always seek to affirm their children’s value and give encouragement.

In response to media queries, Swiss Cottage Secondary School said teachers should not conduct themselves in this manner.

The teacher in question has been counselled, and appropriate disciplinary actions have been taken.