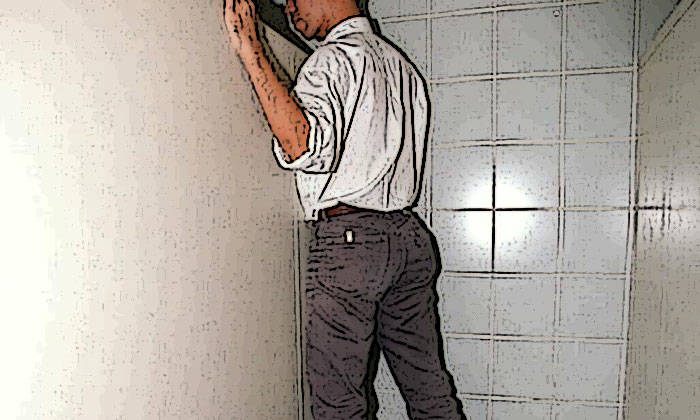 An airline cabin crew member recorded multiple obscene videos of men in public toilets, with many of his subjects shown relieving themselves.

The court heard on Monday (Dec 16) that one of Alton Keh Guan Qing's videos even showed two men engaging in a sexual act.

Keh, who worked for budget airline Scoot, committed the offences in March and April last year.

Keh is no longer working for the carrier, Scoot told ST.

He was finally caught in May last year when one of his victims spotted Keh's mobile phone over the top of the partition while he was in a cubicle.

Keh, 27, was sentenced to 12 weeks' jail and a fine of $3,000 after pleading guilty to 14 charges including 11 counts of recording an obscene film.

He also admitted to two public nuisance charges and one count for a separate offence of being in possession of a film without a valid certificate.

Another 28 charges were considered during sentencing.

On March 18 last year, Keh went to a public toilet at an unknown location and recorded a video of an unidentified man relieving himself.

From then on, Keh would visit other public toilets to capture similar images.

He entered a male toilet at Chinatown Pointat around 3.15pm on May 5 last year and noticed that a 35-year-old man was using an adjacent cubicle.

Keh then placed his mobile phone at the top of a partition wall and snapped a picture of the older man.

However, the victim looked up and spotted the device. Keh then deleted the man's picture, the court heard.

The victim stepped out of his cubicle and confronted Keh.

He grabbed Keh's mobile phone and looked through the gallery but could not find any videos of himself.

Instead, he found the videos and pictures of Keh's other victims.

The older man alerted the police and officers turned up soon after to arrest Keh.

For each count of making an obscene film, first time offenders can be jailed for up to two years and fined up to $40,000.

Repeat offenders can be jailed for up to two years and fined up to $100,000 for each charge.