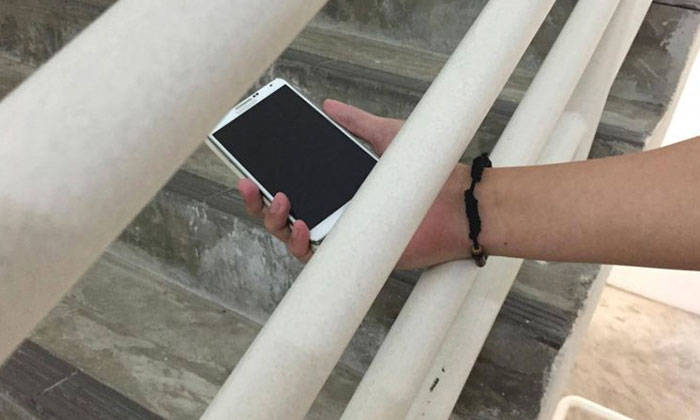 The supervisor of a team at Citibank preyed on nine of his female colleagues, taking upskirt pictures of them at the office.

The 47-year-old man, who held a senior position, cannot be named to protect his victims' identities.

He was jailed for eight weeks yesterday after pleading guilty to three counts of insulting the modesty of the women. Six other similar charges were taken into consideration.

The offences all took place last year, with eight of the nine committed at Asia Square Tower 1, where the Citibank office is located.

One offence took place at VivoCity on March 9 last year during a team lunch.

Deputy Public Prosecutor Victoria Ting told the court that around noon that day, the group was going up on an escalator at the mall when the accused positioned himself behind one of his colleagues.

With his right hand, he then held his Samsung smartphone beneath the victim's skirt, with the phone's camera lens facing upward, and took two upskirt photos.

On March 27, the man called another colleague to his work station at about 5pm, claiming he needed help with some work-related matter on his computer.

While her attention was diverted, he took two upskirt photographs of her.

The man was finally nabbed when he took upskirt photos of yet another victim on April 4 at about 9am as they were discussing work-related matters at his desk.

While she looked at his computer, the man shifted himself behind her and took five upskirt photos.

His actions were recorded on video by one of his earlier victims, who had become suspicious and kept watch.

The next day, a police report was made and the man was arrested.

His phone was seized and 67 upskirt photos were found on it, most of them taken in the Citibank office.

In mitigation, defence counsel T.M. Sinnadurai said the man had thyroid cancer and was in a stressful period of his life, arguing that his depression had contributed to him offending.

But during sentencing, District Judge Shaiffudin Saruwan said he would not give much weight to the man's psychiatric condition, but took into account he was a first-time offender and was remorseful.