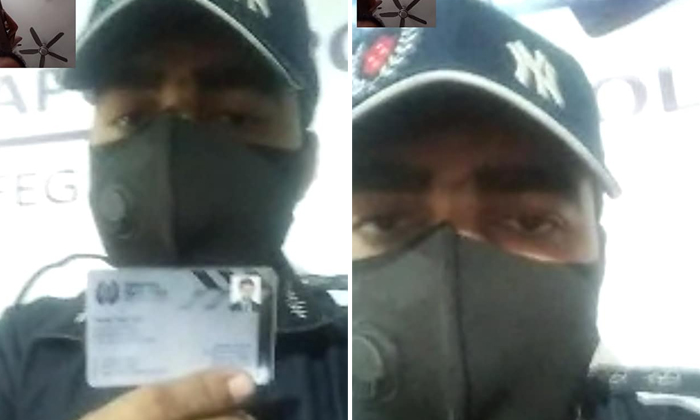 A man posed as a police officer and claimed to be calling from the Criminal Investigation Department, requesting for one's banking details in the process.

Dressed in an attire that appears to have the Singapore Police Force's (SPF) iconic crest, the caller might indeed fool unsuspecting victims into thinking that he is legitimate.

During the video call, the scammer also flashes what looks to be a police ID and can be seen standing in front of a backdrop that shows the SPF crest.

However, look closer and you will notice that something about the caller: The cap that he is wearing has the New York Yankees baseball team's logo on it.

Facebook user Lid Wati Hassan had warned about the scam call in a post on Saturday (Nov 27).

The Facebook user cautioned others against sharing their personal, bank card and ATM details with the scam caller, adding: "He will even video call you to show he is wearing police uniform to dupe you (you can tell all is fake, but our elders may fall for the scam)."

The post has garnered over 500 comments and more than 8,100 shares to date.

The SPF also issued an advisory about the police impersonation scam.

Emphasising that these calls were not made by police officers, the SPF advised members of the public to take the following crime prevention measures:

The police also reminded the public to be vigilant and wary of "persons who may impersonate as police officers to facilitate the commission of their criminal acts."

Offenders found guilty of impersonating a police officer may face up to six months in jail and/or a fine of $2,500.