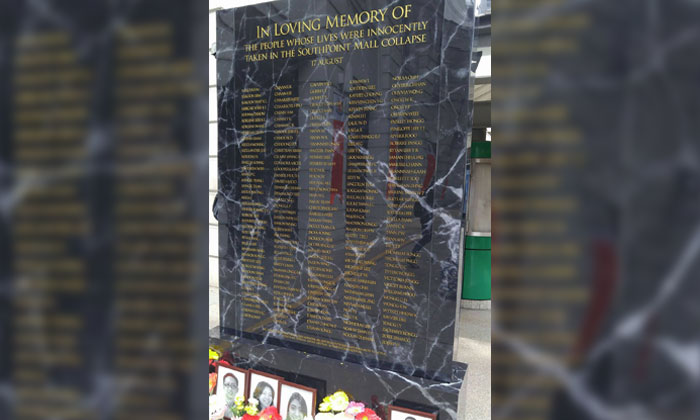 Resorts World Sentosa (RWS) has received flak after creating three memorials dedicated to the victims of the SouthPoint Mall Collapse.

If you are racking your brain trying to remember this disaster, you can stop because it never happened.

It is simply the latest publicity stunt employed by RWS to promote the seventh instalment of Halloween Horror Nights.

Local author and poet, Felix Cheong, came across one of the memorials outside Rendezvous Hotel and slammed it as a "tasteless publicity stunt" in a Facebook post.

"A monument at the bus stop outside Hotel Rendezvous, in memory of a building collapse that never happened, honouring people who never existed? #anothersigeenaidea," he wrote.

Other netizens echoed his thoughts while some were confused with what it was actually for.

An RWS spokesman told The Straits Times that the memorials were strategically set up at selected bus shelters to give fans a sneak peek of this year's event.

Although they acknowledge the flak the campaign has received, they said that the displays have also generated a lot of conversations among commuters.

He added that RWS is confident that their publicity stunt will go down well with horror fans.