Rider killed in accident with lorry on SLE, driver assisting police with investigations 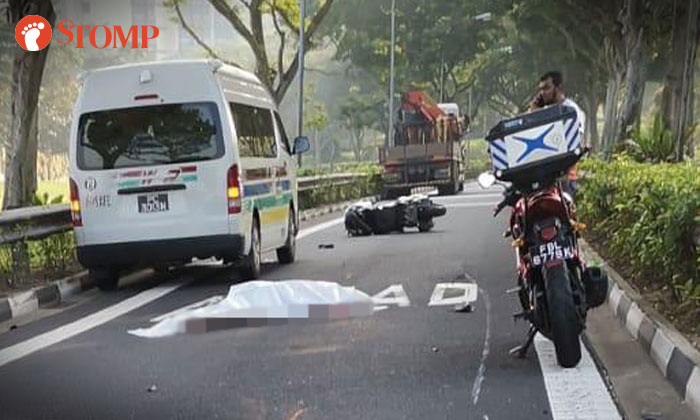 A 22-year-old motorcyclist died after an accident with a lorry along a slip road from the Seletar Expressway (SLE) into Woodlands Avenue 2 on Saturday morning (Nov 2).

Stomper Hadi alerted Stomp to the incident and shared photos taken of the scene.

In the photos, the body of the rider is covered with a white sheet.

A motorcycle is lying on the road behind a lorry.

"It looks like he was run over by the lorry," said Hadi.

"RIP to another fallen rider."

In response to a Stomp query, the police said they were alerted to the accident on the SLE towards the Tampines Expressway (TPE) at about 8.15am.

"The motorcyclist, a 22-year-old man, was pronounced dead by paramedics at the scene," a police spokesman said.

"The lorry driver, a 27-year-old man, is currently assisting police with investigations."