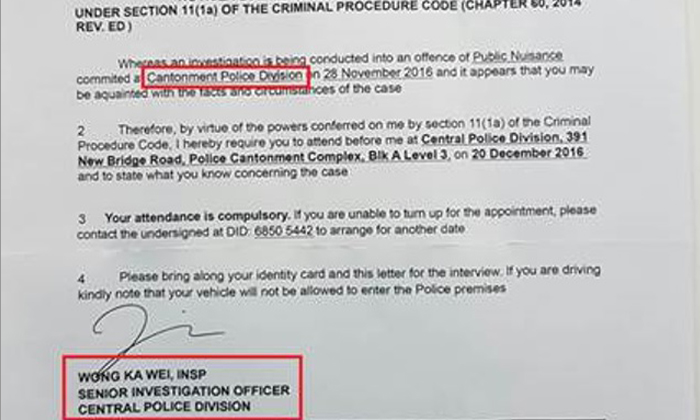 If you receive a letter apparently sent by a police officer requesting that you report to the Central Police Division on Dec 20 to assist in investigations into "an offence of Public Nuisance committed at Cantonment Police Division on 28 November 2016", chances are, it's a fake.

Another tell-tale sign: The letter is signed off by an "INSP Wong Ka Wei, Senior Investigation Officer, Central Police Division".

In a statement on Saturday (Dec 17), the police said that reports have been lodged by members of the public who have received such letters and stress that these letters were not issued by them.

If in doubt, members of the public may verify the authenticity of such letters by contacting the respective police divisions.