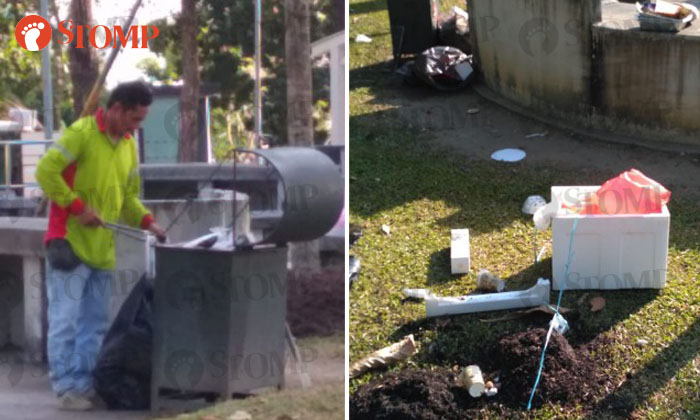 Apparently, no one taught some park-goers who visited Sembawang Park recently to clean up their own mess.

On a bright Sunday morning (Jan 13), at about 9am, Stomper Messi was at the park for a morning walk when she saw the remains of a get-together left behind.

What happened next saddened her.

She told Stomp: "I saw a lone cleaner cleaning up the mess of the irresponsible people.

"I pitied the cleaner for having to clear their mess up."

She took pictures of the litter strewn around the area and sent them to Stomp.

In the pictures, the rubbish bins are overflowing with trash and bags of waste can be seen lying on the ground.

Disposable cups appear to have been blown across the area by the wind. 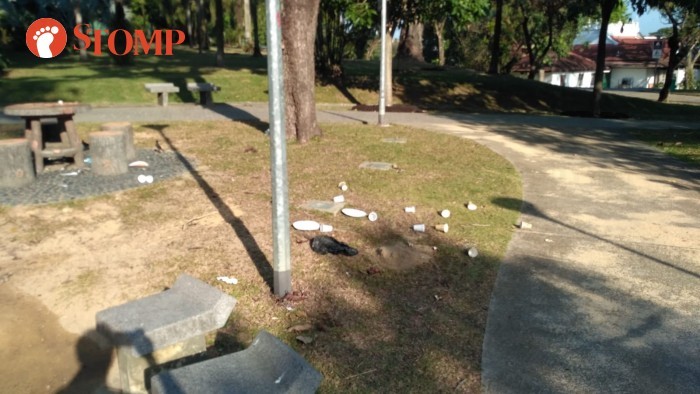 There is even a styrofoam box on the ground, with its lid broken into pieces. 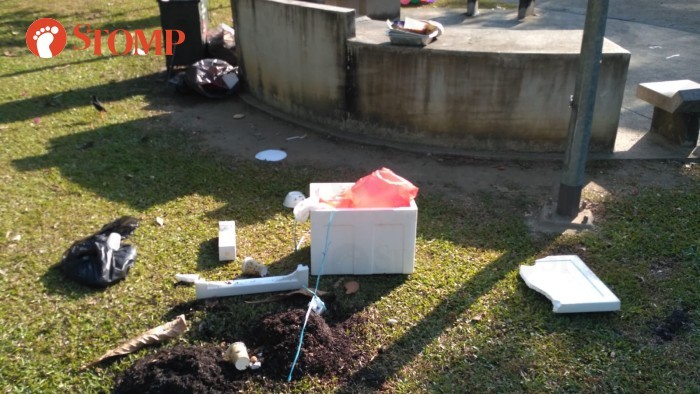 Plastic bags of garbage are hanging on poles nearby and a bunch of colourful balloons are abandoned on the ground. 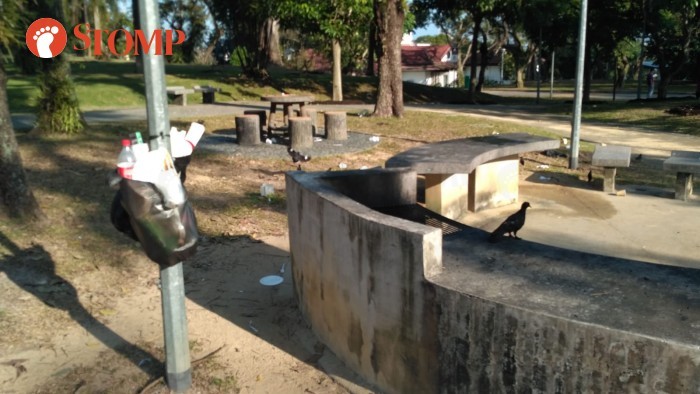 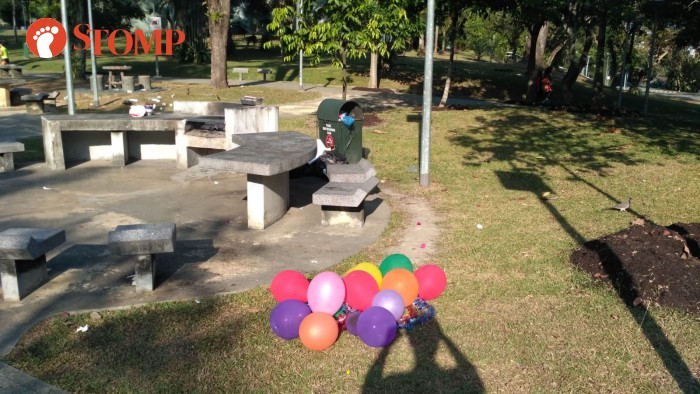 "There were plenty of rubbish bins around the area, yet no one bothered to dispose of the trash properly," she said.

Related Stories
Why can't residents at this Pasir Ris block use the rubbish chute instead?
Telok Blangah Rise resident frustrated at litterbugs who leave cigarette butts and beer cans at void deck
3 Stompers shocked to see playgrounds and void decks strewn with litter on the same day
More About:
litter
disgusting
unhygienic
dirty