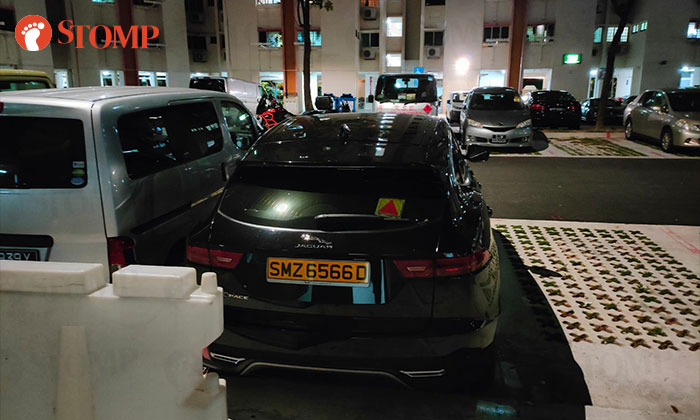 The police are looking into a case involving the car alarm of a Jaguar car constantly going off at all hours of the day, including the wee hours.

Stomper HK alerted Stomp to the matter and shared videos of the alarm going off.

"For the past few days the car alarm from this black Jaguar E‑PACE parked at the open surface carpark at Tampines Street 21, between blocks 206 and 207, has been going on and off many times," he said.

"The first incident started on Oct 28 during the wee hours of the morning when the entire neighbourhood was in bed.

"It just goes off during the day.

"Furthermore, the sound from the car alarm is very loud, louder than most car alarms.

"I hope the authorities can locate the owner of the vehicle and do something."

HK told Stomp he has lodged a police report.

Related Stories
Noisy Lamborghini wakes Stomper up at 4am in Rangoon Road
Fernvale residents leave note for driver whose car alarm goes off in middle of the night daily
Jaguar driver gets note saying someone put nails in tyres for parking like 'idiot'
More About:
car
jaguar
nuisance
noisy
annoying
inconsiderate
Tampines