Noisy Lamborghini wakes Stomper up at 4am in Rangoon Road 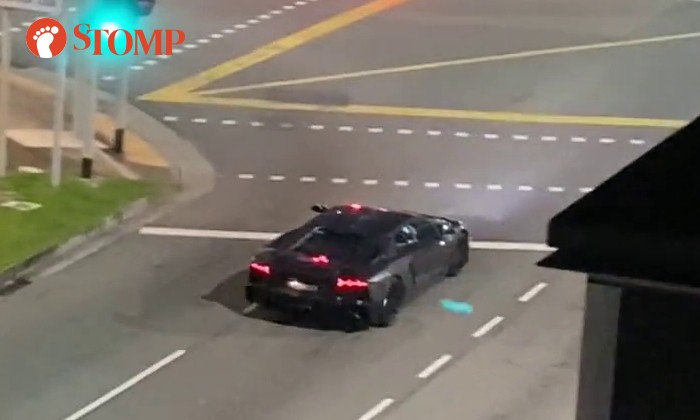 We all could use a good night's sleep.

Well, maybe except one Lamborghini driver.

A Lambo was caught on camera making a racket in Rangoon Road at 4.11am on Monday morning (Sept 19).

Sharing a video of the loud automobile, Stomper k said: "The car always wakes me up and also the neighbour’s kid. I can hear the kid crying."

The four-second clip shows the black Lambo revving up at a traffic light junction. Since it was 4.11am, no other cars were on the road.

The Stomper said: "The Farrer Park Hospital is just at the corner and I am worried about the patients because of the very loud and noisy car almost every night."

The National Environment Agency said last year that it will adopt the latest United Nations noise standards for vehicles and aftermarket exhaust systems starting from April next year, reported The Straits Times.

Motor vehicle noises will have to fall within a band of between 68 decibels (cars) and 77 decibels (motorcycles), which is the equivalent to the noise level of a normal conversation.

Observers pointed out that older and high-performance vehicles emit noise levels of between 96 and 100 decibels, the equivalent to a commercial aircraft taking off.

Related Stories
Red car owners and white car owners unite to celebrate National Day
Lambo driver shames Honda driver online -- but is the one who parked out of her lot
'Bumblebee' car driver allegedly flees after accident with lorry in Yishun
More About:
noisy
Lamborghini
hospital