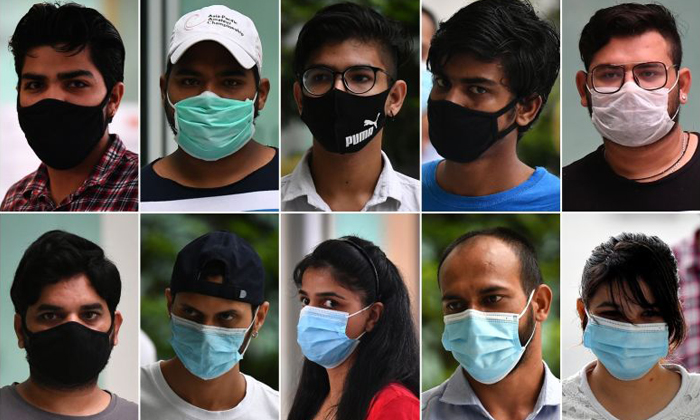 Nine students from India were fined on Wednesday (June 3) for unlawfully gathering in an apartment on May 5, while circuit breaker measures were still in effect.

All of them pleaded guilty to one count each of an offence under the Covid-19 (Temporary Measures) Act.

Details about the schools they attend were not stated in court documents.

The two male hosts invited the six men for a social gathering there on May 5.

Kaur also invited Bhullar to the unit so that they could study together.

According to court documents, Bhullar arrived at around 11.30am and remained in Kaur's room.

The court heard that the police were later alerted about an altercation at the unit. When the officers arrived at around 1pm, they found the offenders there.

Court documents did not reveal details about the tiff.

On Wednesday, the DPP said that the offenders had met for a "frivolous and completely unnecessary purpose, in blatant disregard of the social distancing measures that the rest of society has taken pains to comply with".

In an unrelated case, a 53-year-old Singaporean man appeared in a district court on Wednesday after he allegedly committed a range of offences, including certain offences linked to the coronavirus outbreak.

Zaini Nor Shah faces eight charges in all, including six under the Covid-19 (Temporary Measures) Act.

He is said to have misappropriated more than $200 in cash at a male toilet in the Carlton Hotel in Bras Basah Road on Oct 22 last year.

Between April 15 and 17 this year, Zaini allegedly committed offences linked to the Covid-19 outbreak, including failing to wear a mask over his mouth and nose at North Bridge Road.

He is also accused of having two cash cards in his possession at Block 22 Sin Ming Road, near Upper Thomson Road, at around 10am on April 17. They are suspected to be stolen property.

Zaini is expected to plead guilty to the charges and he will be back in court on June 17.

For each charge under the Act, an offender can be jailed for up to six months and fined up to $10,000.