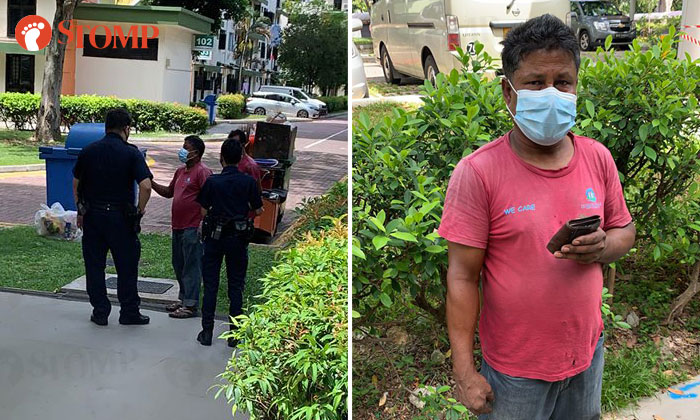 The police are investigating a case of harassment that happened at Block 101 Henderson Crescent last Friday morning (Apr 24).

Stomper Anonymous alerted Stomp to the incident and shared his account of what had happened.

"When the cleaner came at around 10.45am to collect rubbish from the HDB main chute, one of the ground-floor residents' dogs started barking loudly and non-stop at him," he said.

"After that, the resident came out from his back door and started screaming and shouting at the cleaner.

"A few of the residents, including myself, screamed at the man to break up the commotion.

"We could hear the resident telling the worker: 'Do you know my position?' and 'do you know I pay your salary?'

"The police were then called in and a few residents gave their official statements to the officers."

In response to a Stomp query, the police said they were alerted to the case of harassment at 10.48am.