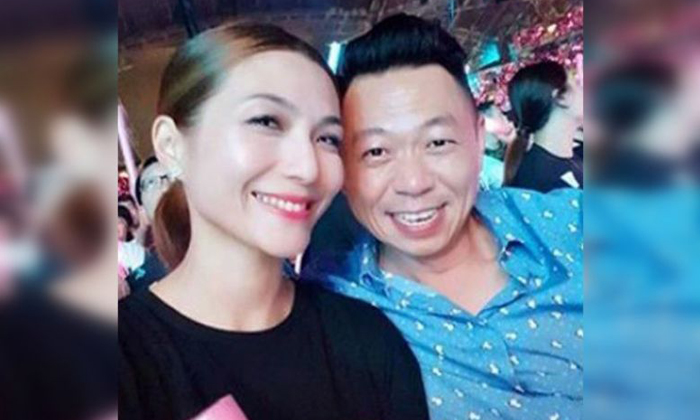 Beverage giant Pokka has sued a former chief executive, alleging he was part of a conspiracy that had caused the drinks maker to suffer at least $10 million in losses.

Pokka has accused Mr Alain Ong Eng Sing of working with others to divert business to another beverage company, Asian Story Corporation (ASC), and of inflating the value of ASC in anticipation of its acquisition by publicly listed coffee shop operator Kimly.

Pokka alleged that Mr Ong, whose wife is actress Vivian Lai, has breached his duties as a director and employee.

The High Court lawsuit, filed in July, is brought by Pokka Corporation (Singapore) and its subsidiary Pokka International, which is mainly involved in the distribution of beverages.

Mr Ong was deputy group CEO of Pokka Corporation (Singapore) and CEO of Pokka International before he was removed in September 2018 after internal investigations.

According to Pokka's court filing, ASC is a company set up in December 2009 by Mr Amos Wang Chia Ye. He was a sales and marketing director in Pokka International from July 2013 to February 2018.

At around the same time, Mr Ong was the mastermind of the IPO of Kimly as well as the subsequent acquisition of ASC, court documents said.

Pokka said its investigations found Mr Lim Hee Liat, then executive chairman and controlling shareholder of Kimly, became the beneficial owner of the ASC shares under Ms Seah's name from at least March 2016.

ln August 2016, on Mr Ong's advice, Pokka said it entered into a manufacturing agreement with ASC to develop recipes and manufacture Asian drinks on behalf of ASC.

Besides making drinks under its own brand, Pokka also manufactures products for agency brands that do not compete with its own, like Kickapoo.

Pokka alleged the agreement with ASC diverted its business opportunity of producing its own range of Asian drinks and was "without merit or commercial justification".

Mr Ong's true intention was to rely on the Pokka brand to promote the ASC drinks, Pokka alleged.

According to Pokka's filing, ASC has never had any manufacturing or distribution capabilities and appeared to have one employee.

Pokka said that from 2016 to 2018, the conspirators "embarked on a concerted scheme to inflate the value of ASC at the expense of and the detriment of the plaintiffs".

This was done by offering preferential trade deals on ASC products, giving incentives for Pokka International employees to sell ASC products, incurring significant advertising and promotional expenses by Pokka for the benefit of ASC, and attempts to divert corporate opportunities from Pokka to ASC.

In February 2017, Mr Ong became a non-executive and non-independent director of Kimly, which was listed on Singapore's stock exchange the following month.

Pokka said he failed to fully disclose his involvement with Kimly and ASC.

In July 2018, Kimly announced its acquisition of ASC for $16 million, based on purported profits of about $2 million, which Pokka alleged was inflated.

Pokka said it suffered losses of more than $7 million from the diverted Asian drinks business and preferential treatment of ASC .

Pokka also claims the conspirators tried to divert the business of Monarch Beverage Company, which owns the Kickapoo brand, from Pokka to ASC.

Monarch's termination of an agreement with Pokka to produce, sell and distribute beverages including Kickapoo, resulted in a loss of $3.7 million, Pokka said.

Mr Ong, in his defence, argued that Pokka had always marketed itself as a premium Japanese beverage brand and attempts to venture outside of its core beverages have met with very little success.

He said the decision to sign on ASC as an agency brand - which was approved by the board and management - was intended to attack Yeo Hiap Seng, forcing it to re-allocate its resources to defend its core Asian drinks market.