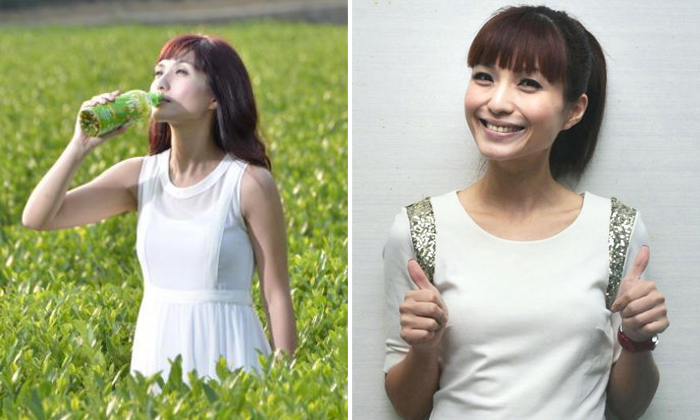 Lai, 41, was thrown in the spotlight last week after her husband Alain Ong was suspended as chief executive officer at Pokka International following an internal audit.

Chinese-language newspaper Shin Min Daily News, which broke the news of the management shake-up on Sept 26, had reported that Lai has been endorsing the brand for at least a decade.

In 2012, Shin Min reported that Lai had signed a $1 million contract to be Pokka's brand ambassador, and that the fee had surpassed what other industry veterans would typically receive.

Lai previously explained in an interview that when she took up the endorsement a decade ago, her husband was only a small executive in the company and was not a key decision-maker.

She said that Pokka had been looking for an ambassador then and learnt that an employee's wife was an artist.

She added that they had contacted her likely because they were hoping for a "good deal" and she agreed as the fee was reasonable.

Mediacorp had said in a statement on Sept 27 that Lai's contract with Pokka remains unchanged, despite the changes involving her husband.

The spokesman said that Mediacorp had not refuted what was reported in 2012 as it does not typically respond to any speculation.

Furthermore, the terms of an artist's contract have to be kept strictly confidential, the spokesman added.

Local film director Royston Tan told Zaobao that a high-end commercial would usually cost between $300,000 and $400,000. This would include the artist's endorsement fee, shoots and post-production work.

It is possible that brand ambassadorships with A-listers could be a six-figure sum, Tan said.

In another Lianhe Zaobao report on Sept 30, it was revealed that Lai received only a five-figure sum for endorsing Pokka in the 2017 local movie The Fortune Handbook.

Since the news reports, Lai has not spoken publicly about the speculation surrounding her contract with Pokka. She did not respond to phone calls and text messages sent by reporters.