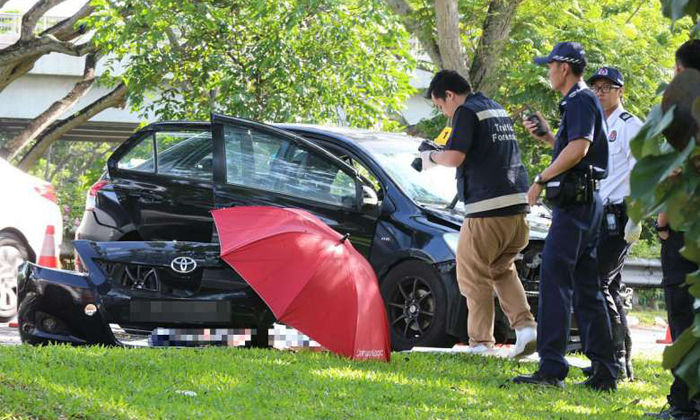 A passenger was killed after the Uber car he was in crashed into a tree along Xilin Avenue at about 7.30am on Sunday (July 9).

The 22-year-old driver, who was arrested for causing death by a negligent act, was not injured.

The Straits Times reported that the car, a Toyota Vios, had skidded before hitting the tree on the slip road into East Coast Parkway, in the direction of the Marina Coastal Expressway.

The report said that the Singapore Civil Defence Force stated that the 31-year-old male Filipino passenger was found lying motionless and pronounced dead at the scene by paramedics.

A Lianhe Wanbao report said that the victim suffered a fractured skull and that the road was wet after a heavy downpour in the morning.

In response to queries from The Straits Times, a spokesman for Uber said:

"We are extremely saddened to hear about this tragic accident.

"Our thoughts are with all the deceased’s family at this time.

"We are doing what we can to support them and stand ready to cooperate with the authorities in their investigations.”