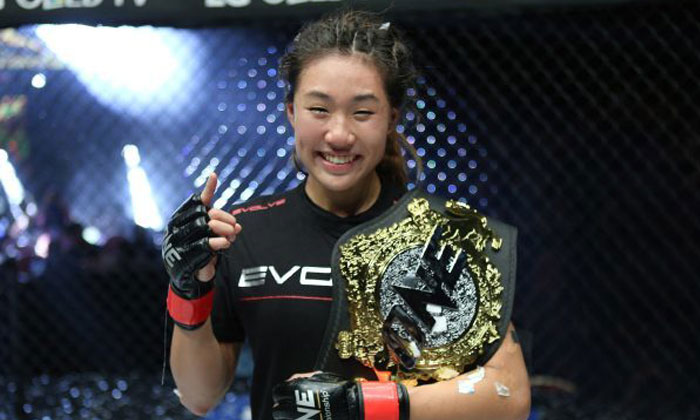 ONE Championship CEO and chairman Chatri Sityodtong is disappointed by what he described as arrogance displayed by the UFC.

Lee, a representative of Singapore on the global stage of MMA, is the ONE Women’s Atomweight World Champion, and widely-regarded as one of the fastest rising female fighters in the world.

The UFC however, in a statement made through its Senior Vice President of International and Content Joe Carr, claimed that despite Lee’s obvious talent, she is not on the level of current UFC strawweights.

Sityodtong, who thinks very highly of Lee, has hit back at that claim.

Said the ONE Championship CEO:

“I am disappointed by the western arrogance displayed by the UFC, especially as guests in our home of Asia.

"The theme of foreigners coming here and bashing Asians is not a new one.

“If they (UFC) really believe they are the best then they should have no issues accepting our humble invitation of our world champion versus their world champion.”

The UFC, with the latest iteration of its Fight Night series recently held at the Singapore Indoor Stadium last Saturday (Jun 23), dealt the latest hand in this battle for market dominance.

Just a little over a month ago, ONE Championship held the first of two shows in Singapore this year with ONE: DYNASTY OF HEROES, which featured Asian MMA darling “Unstoppable” Angela Lee in the main event opposite Brazil’s Istela Nunes.

Following the conclusion of both events, ONE Championship expressed in a statement that they believe they still have an edge over UFC in Singapore and Asia in terms of market share.

ONE Championship has held at least one event every month in a major city in Asia, while UFC has had two events in Singapore in the last four years. UFC Manila was scheduled for 2016 but had to be cancelled at the last minute when headliner BJ Penn fell to injury.

Sityodtong believes ONE Championship's success is fuelled by how its overall end product differs vastly from that which the UFC offers.

“Metrics indicate that ONE Championship is at least five to 10 times larger than UFC is in Asia, depending on the country.

“The reality is our product resonates with Asia because of our values and our celebration of true martial arts. Those values of humility, courage, discipline and honour.

"What the UFC does doesn’t resonate in Asia.”