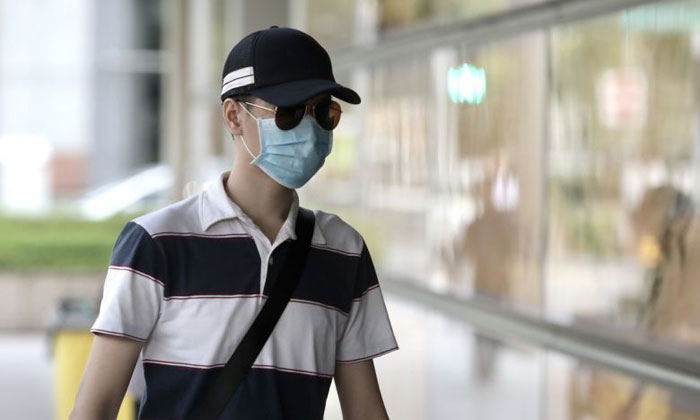 A 24-year-old university student given probation for molesting a woman at an MRT station had his probation sentence overturned following a successful High Court appeal by the prosecution.

Chief Justice Sundaresh Menon on Monday (April 27) sentenced Terence Siow Kai Yuan to two weeks' imprisonment for his offence, finding that the undergraduate had not shown "an extremely strong propensity for reform".

Siow, an applied mathematics student at the National University of Singapore, had pleaded guilty to one charge of outrage of modesty in September last year.

He was subsequently given 21 months of supervised probation and 150 hours of community service by District Judge Jasvender Kaur.

Two charges for similar offences were taken into consideration during his sentencing.

Siow was 22 when he committed the offences against a 28-year-old woman during a train ride on the North East Line and at Serangoon MRT station on Sept 12, 2018.

On that day, he sat next to the woman and touched her thigh. When she moved away from him, he touched her again.

He followed her when she alighted, and touched her buttocks while he stood behind her on the escalator.

He fled the scene after she turned and shouted at him.

The woman then pointed Siow out to a station officer and subsequently lodged a police report.

In sentencing Siow to probation, District Judge Kaur found that Siow's offences were "minor intrusions", and that the degree of sexual exploitation was low.

Citing factors such as his good academic performance which highlighted his "potential to excel in life", the district judge said that "there can be no doubt that there is extremely strong propensity for reform".

The decision had attracted strong reactions online, with many questioning whether the sentence was adequate and the relevance of Siow's academic results on his sentence.

Law Minister K. Shanmugam also expressed his surprise at the sentence on social media, but called for netizens to avoid casting aspersions on the judge.

On Monday, CJ Menon held that Siow had failed to "demonstrate an extremely strong propensity for reform", and that probation would therefore not be an appropriate sentence.

CJ Menon recognised that Siow had a positive avenue in school to channel his attention and energy.

But he agreed with the prosecution that the undergraduate was able to pursue "in parallel a pattern of behaviour involving the frequent consumption of pornography and inappropriate touching of females without their consent".

He disagreed with Siow's lawyer Mr Raphael Louis, who had said that the efforts by Siow to seek psychiatric help and psychological counselling showed a commitment to reform.

Instead, CJ Menon found that Siow had sought the psychiatric help and counselling for his anxiety over the court proceedings on his offences, and not for any root cause of his offending behaviour such as his pornography addiction.

The judge noted that Siow continued his consumption of pornography, which was identified in his probation report as a risk factor that increased his sexual preoccupation.

He also noted that Siow had committed the offences on a public transport network, which was an aggravating factor as it interfered with the "routine and safe enjoyment of public services" that every person in Singapore is entitled to.

In sentencing Siow to two weeks' jail, CJ Menon expressed hope that the jail term would inspire him to reform.

"The fact that he has managed as well as he has in many areas of his life should not detract from the reality of his distorted perspectives on sexuality, social boundaries and the need to treat women respectfully," he added.