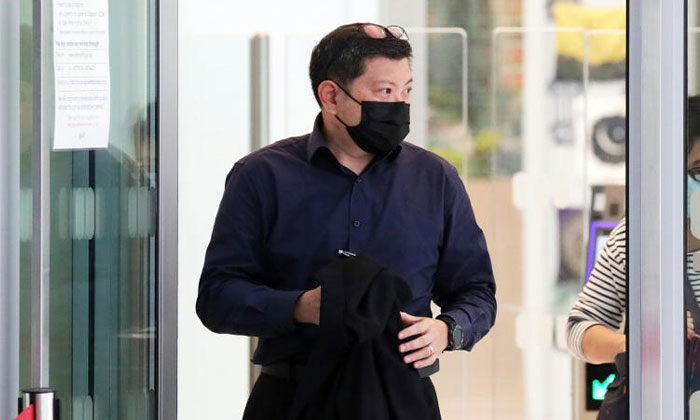 A National Library Board (NLB) deputy director who leaked information on the resumption of activities in phase two of Singapore's reopening in June 2020 has been jailed for four weeks.

Chua Wee Lin, 52, appeared before a district court on Tuesday (May 24) and pleaded guilty to one charge of communicating information to people he was not authorised to share it with on June 11, 2020, under the Official Secrets Act (OSA).

The information was released to the public on June 15 that year.

The court heard that Chua received a deck of PowerPoint slides via an e-mail that was sent to more than 100 people from different government agencies on June 11, 2020.

The e-mail sender was the secretariat of a government group that was tasked to plan the transition from the circuit breaker period.

The plans discussed the reopening of libraries, as well as clubs and societies, food and beverage outlets, cinemas and other places of recreation in Singapore.

At 1.30pm on June 11, 2020, Chua took a photo of one of the slides that contained information on when registered clubs and societies in Singapore would be allowed to reopen, what facilities within the clubs would be allowed to open, and the safe management measures that would be imposed.

Chua sent the photo to a WhatsApp chat group called “SG SPGG Ex-Co”, which had 19 participants, including him.

The chat group was for current and former members of the executive committee of the Singapore Polytechnic Graduates' Guild.

In WhatsApp messages, he described the information as “insider news”, and said there would be an official announcement four days later.

Deputy public prosecutors Selene Yap and Lim Shin Hui told the court that members of the chat group forwarded the information to others, and it eventually made its way to staff from the Ministry of Trade and Industry.

Multiple agencies had to expend resources to track down the leak and ensure further leaks of information would not happen again, added the prosecution.

Chua was also aware at the time that other public servants were arrested under the OSA for leaking Covid-19 information.

Chua’s lawyer, Mr Gino Hardial Singh, told the court that his client had many years of distinguished civil and public service, and what happened was an “aberration”.

The police said in a statement last May that six others who wrongfully received and communicated the information  would be issued stern warnings.

NLB said on Tuesday that it will be proceeding with disciplinary action against Chua.

It told The Straits Times last May that Chua had been suspended from his duties following his arrest on June 13, 2020.

Those convicted of communicating unauthorised information can be jailed for up to two years and fined up to $2,000.