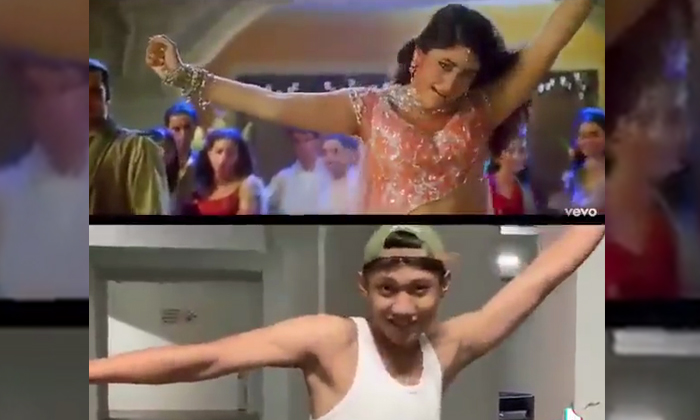 A group of TikTok users in Singapore have won hearts online with their rendition of an iconic scene from Bollywood movie Kabhi Khushi Kabhie Gham.

A video uploaded by TikTok user @simplejeee shows three youths dancing to Bole Chudiyan, a well-known song from the 2001 film, at a Housing Board (HDB) void deck.

The youths had recreated the famous scene frame-by-frame and posted the video online to celebrate Deepavali.

Their on-point rendition has garnered almost 500,000 views on TikTok ever since it was posted on November 4, as well as more than 950,000 views on Twitter.

The video has been a hit with netizens, many of whom praised its accuracy. Some also called it a 'masterpiece'.

One Twitter user said: "Superb talent- it is sheer skill to edit and match the original frame by frame, this on a mobile phone with a free app."

Another commented: "Inma confused which one (of the two videos) is real."

One of the youths in the video has even been singled out for his efforts in trying to mimic Kareena Kapoor and Hrithik Roshan's every move and facial expression.

"Man in white gave nothing but HIS BEST," quipped a netizen.