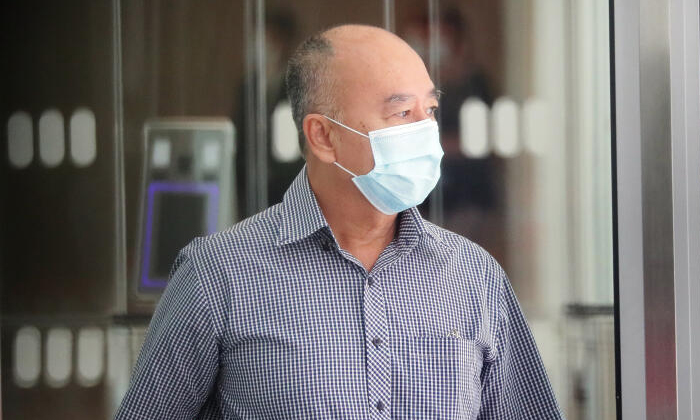 A man who abruptly stopped his car near a bus bay caused the driver of a public bus to brake hard, which resulted in a female passenger losing her balance and falling.

The 60-year-old woman, who was standing in the SBS Transit bus, sustained multiple rib fractures and injuries to her spine.

The driver of the car, Tang Toh Pheow, pleaded guilty on Monday (Nov 22) to causing hurt to the passenger by performing a negligent act. The 65-year-old was fined $2,500.

The bus driver Ong Chuan Hai, 64, was fined $1,500 last month after he admitted to a similar offence.

Both Singaporean men have also been disqualified from driving all classes of vehicles for two months.

The court heard that the woman may be suffering from post-traumatic stress disorder as well.

Tang was driving directly in front of the bus on the leftmost lane of Tampines Avenue 7 towards Avenue 2 when he turned on his hazard lights before abruptly stopping his car near the entrance of a bus bay.

Deputy Public Prosecutor Selene Yap said Ong, who was intending to filter into the bus bay, had to apply hard braking to avoid a collision with Tang's car.

"This caused the victim to lose balance and eventually fall onto the floor in the bus," she added.

At that time, the weather was fine, the road surface was dry, visibility was clear and the traffic flow was heavy.

The woman, who was warded at Changi General Hospital, was discharged almost two weeks later on June 11 and given medical leave until Nov 7.

For causing hurt by performing a negligent act, an offender can be jailed for up to six months and fined up to $2,500.

In an unrelated incident on Sept 8 this year, a 68-year-old man died after he fell in an SBS bus when the driver applied the brakes after a car purportedly cut into the vehicle's path in North Bridge Road.

Mr Siah Keok Tiang was thrown forward as he was getting off his seat.

He suffered a punctured lung, fractured spine and bleeding in the brain, and was in hospital for a week before he died.

The police arrested the 43-year-old driver of the car for careless driving and causing grievous hurt.