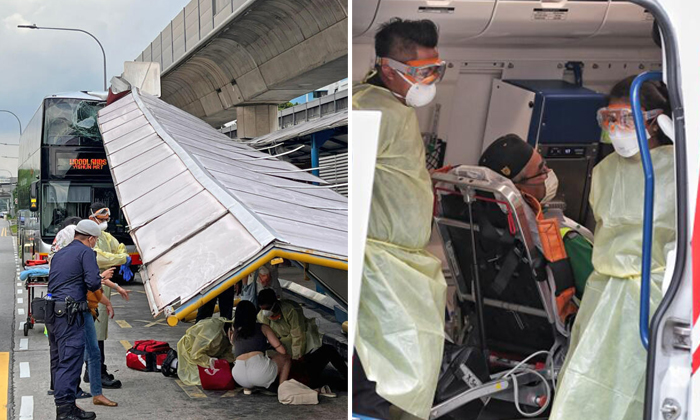 A double-decker bus crashed into a taxi stand shelter in Yishun on Saturday (Nov 6), and a 63-year-old Tower Transit driver was taken to hospital along with two women aged 60 and 64.

The accident, which involved bus service 969, caused the structure in Yishun Avenue 2 to collapse partially. 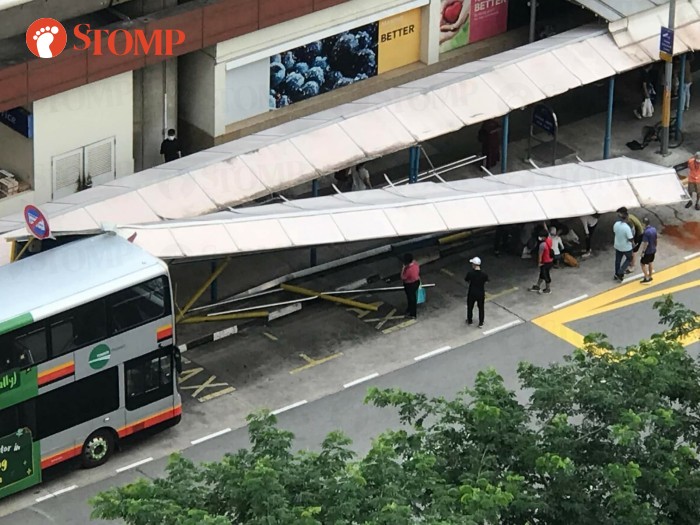 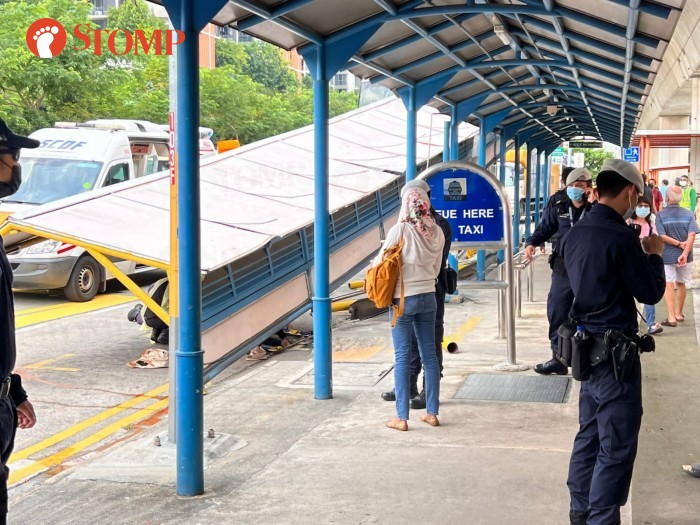 The taxi stand is next to Yishun MRT station, and the bus was travelling from Tampines to Woodlands.

The two women were pedestrians, the police told The Straits Times.

The Singapore Civil Defence Force (SCDF), which said it had received a call for assistance around 1pm, said all three were sent to Khoo Teck Puat Hospital. 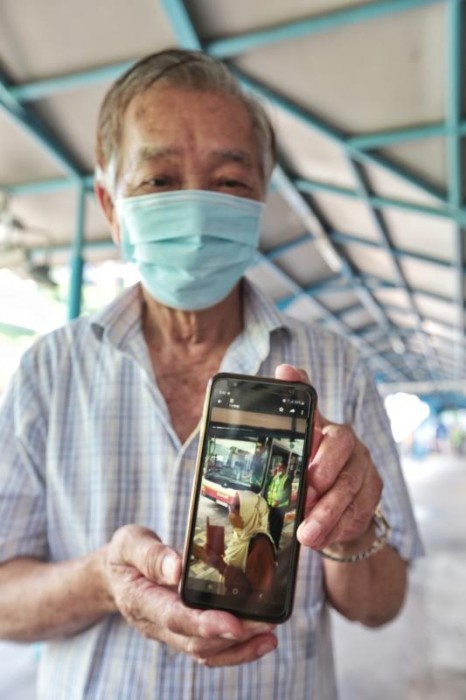 "We are in the process of getting in touch with the injured and their families and assisting the authorities with an investigation. To those affected in any way by the accident, we're very sorry," said Tower Transit.

Nee Soon GRC MP Muhammad Faishal Ibrahim said in a Facebook post on Saturday that he had gone to the scene of the accident to assess the situation.

He said the bus had likely hit one of the beams supporting the covered linkway of the taxi stand, causing the roof to collapse.

“I am in touch with (the Land Transport Authority), SCDF and the police to get updates. We will work together to resolve this situation and provide support to the victims and their families where necessary,” said Professor Faishal.

The taxi stand was barricaded, and police officers were managing a crowd of more than 50 onlookers when ST arrived at the scene around 3.30pm. 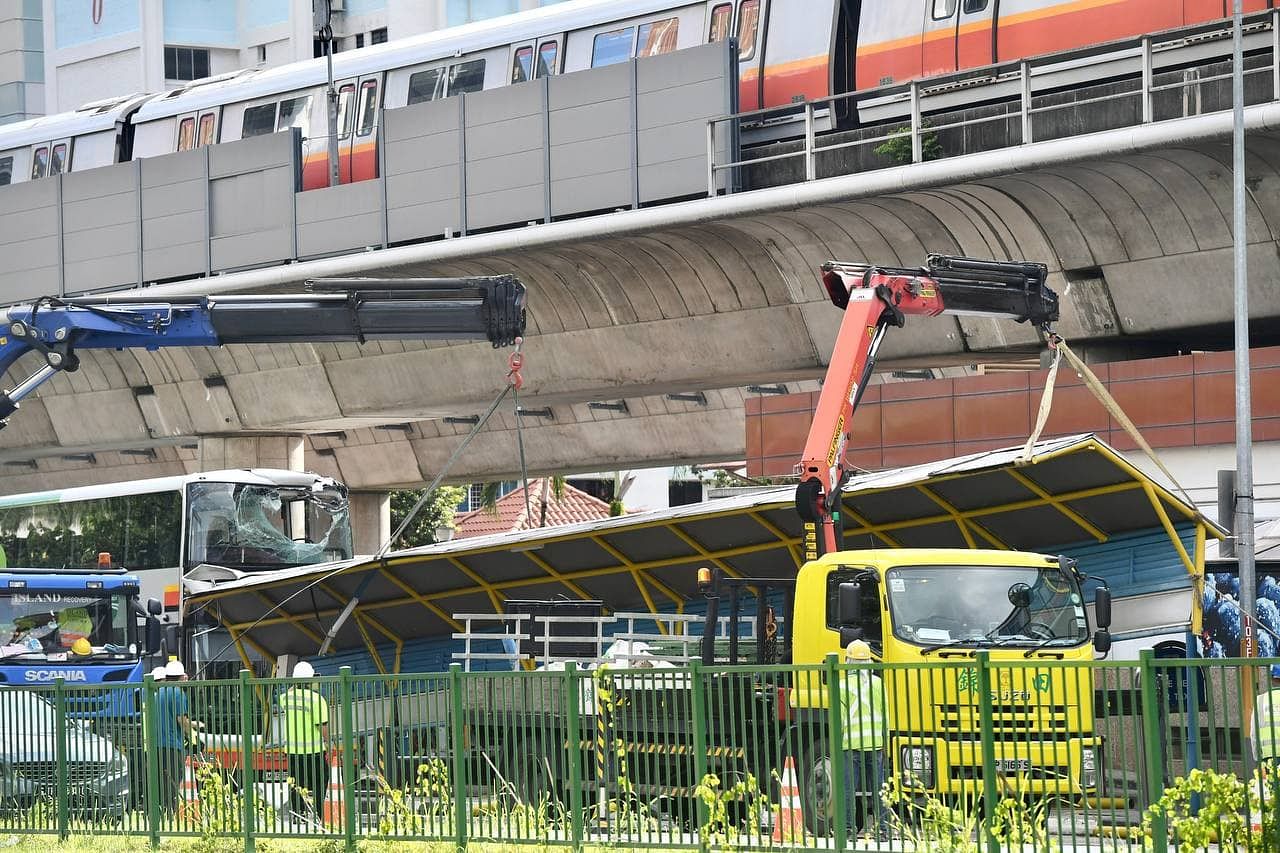 It added that low-roof taxi stands near bus stops are painted yellow and have signage to warn bus drivers not to mistake them for bus stops. Drivers are also reminded during training to be mindful of such taxi stands along their routes.

Mr Koh Boon Choong, who was at Yishun MRT station and witnessed the collision, said he heard a loud crash and saw the shelter fall.

“Around three to four people who were waiting at the taxi stand ran away and 20 passengers alighted from the back door of the bus,” said the 59-year-old factory operator.