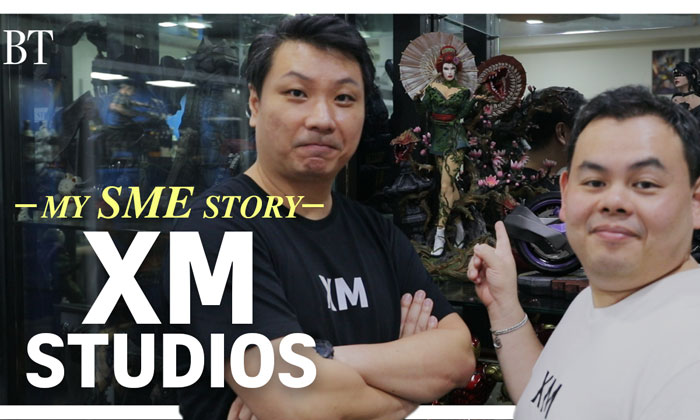 In this week's episode of My SME Story, we speak to Ben Ang and Bryan Tan, the co-founders of XM Studios, a design studio which designs and produces handcrafted cold-cast porcelain statues of pop culture brands such as Marvel, DC and Transformers.

In the sixth and final episode of My SME Story out on April 10, we feature Seng Hua Hng Foodstuff, the homegrown SME is better known as the manufacturer of popular nuts brand Camel Nuts.

Its director and second generation leader Poh Shin Yin shares how the traditional business is keeping up with the times and what are their plans for the future.