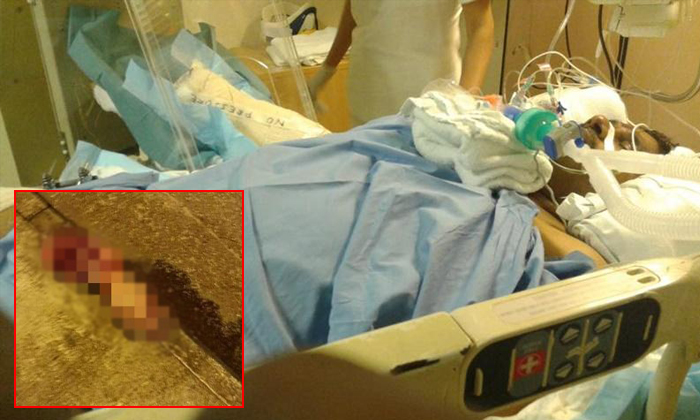 A motorcyclist who sustained severe injuries in an accident along Republic Boulevard on Saturday evening (June 30) is believed to have had his severed hand successfully re-attached.

The accident, which occurred at around 7.30pm, involved a motorcycle and a CityCab taxi.

The 59-year-old taxi driver, the 41-year-old motorcyclist, and the 31-year-old pillion rider were conscious when conveyed to Singapore General Hospital.

The motorcyclist is believed to have also suffered spinal injuries, in addition to having his hand severed.

The pillion rider sustained major traumatic injuries to his neck, while the cabby had abrasions. A passenger on the taxi was unhurt.

According to The Straits Times and Shin Min Daily News, a netizen known as 'De Thiagan' had shared a photo in a Facebook group, showing the motorcyclist in hospital.

The netizen said that doctors were able to re-attach the victim's severed hand.